Massachusetts-based biotech company KnipBio has unveiled a fish feed derived from microbes instead of wild-caught fish or agricultural crops. 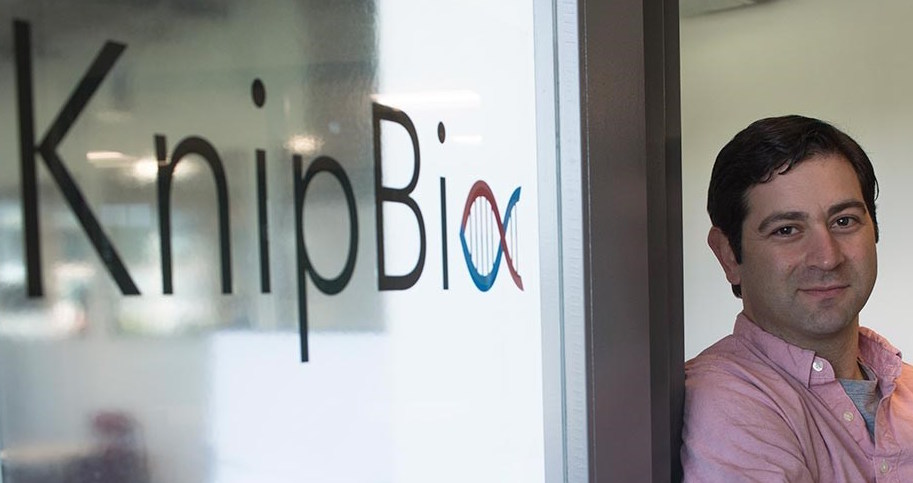 The new product, named KnipBio Meal (KBM), is derived from the company’s development of a range of single cell proteins, all drawn from non-food feedstocks.

KBM makes use of the bacteria Methylobacterium extorquens, a common bacterium cultured by the conversion of methanol through fermentation. But instead of beer as an end product, the fermentation produces a bacterium that the company says is composed of “protein and amino acids very similar to the protein found in wild fish.”

KnipBio has already released test results showing that a diet consisting of between 30 and 100 percent of the pelleted bacterium would be a suitable feed for farmed fish and shrimp.

To find out if fish fed with KnipBio passes consumer tastes, the company and its collaborator, Kampachi Farms, conducted a taste test involving samples of yellowtail (Seriola rivoliana) shashimi. The yellowtail were fed a diet containing up to 7.5 percent of the KnipBio meal. The trial was conducted at the Food Innovation Center at Oregon State University.

Larry Feinberg, CEO of KnipBio, said the results indicated that testers were “statistically unable to discern any difference between KBM-fed samples and a control fishmeal-fed sample.” Further tests are planned across a wider range of species.

The next big challenge for Knipbio is to find a development partner to enable them to move KBM towards commercial production.

“The key appeal of this development is that we can take a low-value item, say by-products from ethanol production, and use that as the base on which to grow the new protein,” Catherine Pujol-Baxley, Knipbio’s vice president for research & development, told Aquaculture North America (ANA).

“Having started the company four years ago, and the R&D work (behind KBM) two years ago, we’re now at the point where we have the bacteria ready for scaling up to commercial production.

“The science is already great, being based on work which started 20 years ago. We know how to grow it and maintain it. What we’re looking now, is to find a partner who will help us to scale up and take it to the marketplace.”

Working with Knipbio in the project are the New England Aquarium, the University of Massachusetts at Boston, Roger Williams University and the USDA Agriculture Research Service.