Local waters ideal for farming but there are bottlenecks 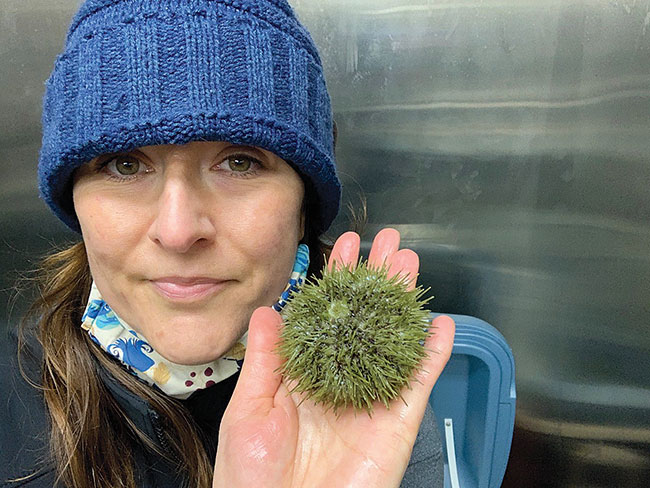 Researchers at the University of Maine’s Center for Cooperative Aquaculture Research (UME-CCAR) are planting the seeds of what could be a new industry in New England in the not-so-distant future: sea urchin aquaculture.

Sea urchins are largely unfamiliar to many in North America but they are a highly sought delicacy in Japan. Data from NOAA shows Japan imported about 11,000 metric tons of live sea urchins and sea urchin roe in 2016, valued at about $183 million, up more than six-fold in volume and nine-fold in value from 1975.

The NOAA report said sea urchin roe shipped from Los Angeles is considered to be “the best in Japan’s import market.”

“With Japanese harvest unlikely to increase in the short term, increased export of US sea urchins and sea urchin roe has significant potential,” it noted.

But researchers at CCAR said North American supplies cannot meet the demand because of declining natural stocks and increased stock regulation. To supplement supply, the researchers have been producing sea urchin (Strongylocentrotus droebachiensis) seed at the CCAR hatchery that local seafood farmers could avail of at no cost. 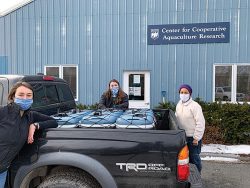 The problem, however, is the inconsistency in the hatchery’s seed production. This makes it difficult to promise potential sea urchin farmers a reliable supply of low-cost seed each year, they noted.

“In order for profitable sea urchin aquaculture to be achieved, a supply of reliable and low-cost seed stock production is vital,” said Dr. Coleen Suckling of the University of Rhode Island, lead investigator in a new two-year study aimed at addressing the bottlenecks.

“The study has only just started but we already have a handful of growers who are signed up to receive seed this year,” said Suckling.

She said a couple of those that signed up are upscaling existing production efforts resulting from previously successful pilot grow out trials. The others, she said, will be conducting their first or second pilot growth trials.

“The demographic at the moment is across Maine with existing growers for other species (seaweed, oysters, scallops). This project includes providing free seed and technical rearing advice to help new growers to try out growing sea urchins,” she said.

Online talks and Q&A sessions will be held in the coming weeks to discuss CCAR seed availability and give an overview how to grow green sea urchins through aquaculture to garner more interest and uptake of sea urchin growth trials.

“We’re looking to sign up more,” added Steve Eddy, the co-principal investigator leading the Maine-based activities. We believe sea urchins are a natural fit with kelp aquaculture (their favorite food!) and oyster farms.”

The study is funded by the Northeastern Regional Aquaculture Center.