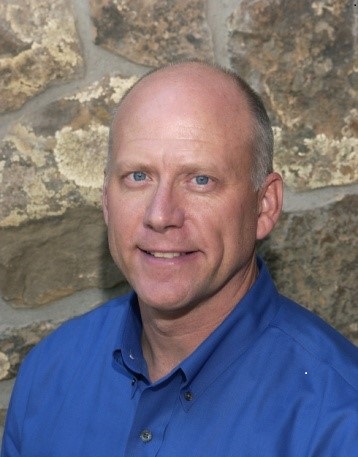 The United States Food and Drug Administration (FDA) has announced new Veterinary Feed Directives (VFDs) will be enacted in January 2017. VFDs authorize the use of medicated feeds under the direction of a veterinarian, and are being expanded to reduce overuse and to ensure the continued efficacy of antibiotics.

“In general, everyone wants to ensure that antibiotics continue to be effective for humans and

animals,” says Dr Tyler Holck, Business Unit Manager with Global Vet Link, which specializes in animal health solutions. “Work is done that shows that it’s important to be judicial with that use. It’s the next step in making sure that there’s appropriate oversight.”

The original VFD rule was published in 2000 and the new rules were published in June 2015. The new regulations will bring two previously over-the-counter medications – Romet and Terramycin – under VFDs and work to ensure further veterinary oversight.

Dr Patricia Gaunt, a veterinarian with Mississippi’s Aquatic Diagnostic and Research Laboratory and a professor of aquatic animal health with Mississippi State University, says that the centerpiece of the new regulation is the veterinary client patient relationship (VCPR).“Previously over-the-counter drugs are going to need a veterinary order from a licenced veterinarian who has a VCPR with the fish producer and has knowledge of the diseases of the fish that he or she is going to treat with the medicated feed,” says Dr Gaunt. “These farmers will need a VFD order for the medicated feed. They are going to have to maintain records associated with these fish, and that includes a copy of the VFD order, issued by the veterinarian. They have to keep that for two years. The fish producer as well as the veterinarian and the distributor of the medicated feed are all subject to FDA inspection.”

The legal definition of a VCPR may change from state to state. If there are no state regulations, Holck says that the federal definition will stand. The common line in those definitions is generally that the vet should have ample opportunities to diagnose and re-evaluate the animals going forward.

“The reason there’s a VCPR in place is for the vet to have an understanding of what they’re prescribing,” says Holck. “In the relationship, the client agrees to follow those directions and the vet has to be available for follow up. In that follow up, there has to be an opportunity for the vet to do further testing or therapy if that’s deemed necessary.”

In preparing for the new rules to be put into effect, producers who use medicated feeds should consult with a veterinarian and the feed distributor to ensure that everything is ready for the change.

“If they haven’t already done so, this would be an opportune time to find someone to visit their production facility and to establish a VCPR,” says Dr Gaunt. “It would really be win-win to have a veterinarian come out and look at facilities and offer advice. The answer may not be medicating the fish. It may be reducing stocking density or improving water quality or to improve husbandry in general. It would be to the farmer’s advantage to establish this relationship.”

FDA estimates from several years ago theorized that less than one percent of feed for animals in the United Stated contained a VFD drug. Holck says that figure could rise as high as 50 percent in the coming years. In order to help producers keep organized, Global Vet Link offers an electronic system which will help maintain easy access to all of the documents and records related to VFDs. Dr Gaunt says that and other FDA-compliant electronic systems cut down on paperwork and saves one from having to fill out the forms by hand, but they can be expensive. Producers will have to determine what approach is best for their operations and their budgets.

“At Mississippi State, we’re doing them by hand,” says Dr Gaunt. “How busy we’re going to get writing all these records out remains to be seen. That may influence whether or not we go electronically.”