From tiny inland farms to sprawling net pens, fish farmers around the world are under renewed pressure to embrace more sustainable practices to safeguard an increasingly fragile environment.

2017 was a hectic year for the industry, especially following the collapse, in August, of a net pen in Washington State, which allowed more than 160,000 adult Atlantic salmon to escape into the Puget Sound. The incident invited new scrutiny on the industry and intensified concerns over the effects of foreign fish on wild Pacific salmon native to the area.

At the time, many in the industry argued that the spill involved an outdated salmon-farming structure and suggested that having newer equipment in place could have averted the disaster.

Hallvard Muri, CEO of the Norwegian Akva Group, agrees that using the latest technology is crucial. At a seafood summit in Victoria, British Columbia, last year, he traced how Norway’s introduction in 2012 of new standards for the design and operation of floating fish farms led to the widespread adoption of new equipment and technology and a dramatic decline in fish escapes.

“Since NYTEK regulations were implemented, there’s been a dramatic impact on escapes in Norway – it’s down to virtually zero,” Muri told Aquaculture North America (ANA) in a phone interview.


But Muri also insists having the latest technology isn’t enough in itself: a concerted effort by government, technology providers, fish farming companies, educators and researchers is necessary to promote growth at sustainable levels.

In addition to NYTEK, the Norwegian government opened 45 new salmon farming licenses, the so-called “green licenses” which gave farmers the opportunity to expand production if they adopted new solutions that reduced sea lice and prevented escapes. A growth management system modelled on the colours of traffic lights was implemented in October 2017—green meant areas where growth could take place, yellow indicated areas to watch, and red was for areas that should reduce production.

“Aquaculture is a sustainable industry when done right, and the technology exists to mitigate escapes and other risk factors,” said Muri. “But it’s important to remember that it’s not necessarily about having new, breakthrough technology. You should make sure that technology is used the right way, that things are being kept up to speed, and that equipment is being used before things happen.”

But the reality is there is a limit to growth in land-based fish farming, says Don Read, president of sockeye salmon supplier Willowfield Enterprises, based in Langley, BC.

With inland fish farms, escapes aren’t a problem and wastes and nutrients aren’t discharged into the ocean. But it takes a lot of energy to pump water through these farms, and high land costs means there’s a limit to expansion.

Fish farming at large is a capital-intensive business, Read said. “You have higher production costs and you need significant capital to make it a feasible business, so I think it’s going to remain a niche industry at least for the foreseeable future,” he said. He noted that many producers that were active 20 years ago have either closed shop or aren’t growing salmon anymore.

Willowfield first caught attention in 2013 as the first commercial land-based producer of sockeye salmon and for its non-polluting design—spring water flows into sockeye tanks and then on to trout ponds stocked with native plants that absorb fish waste and ammonia. The solids from the trout ponds and holding pond are used as plant fertilizer.

Read is planning to expand his sockeye operation to 250 to 500 metric tons a year. The company has partnered with Golden Eagle Aquaculture on a land-based coho salmon facility in Agassiz, BC that grows around 200 metric tons of salmon each year.

Read believes farmed fish has a future if it’s marketed right. “As producers, we need to educate more consumers to appreciate farmed fish, which has the advantage of being harvested close to source but may be somewhat more expensive than other fish,” he said.

Another environmental concern in aquaculture is that small "forage" fish are being depleted in the oceans to feed the farmed fish. About a third of all the fish harvested worldwide are processed into fish meal and fish oil—most of which is used to feed other fish, according to the National Oceanic and Atmospheric Administration.

Fortunately, a number of alternatives exist, including camelina oil, extracted from false flax and rich in omega 3s; the protein FeedKind, which is produced from naturally occurring microbes that are fermented and fed methane gas; and insect protein made from black soldier fly larvae.

“Insect meal has good EPA and DHA content and it’s now everywhere, not just in Canada but also in the US, where it has been used for a long time,” said Cyr Couturier, the scientist who leads the aquaculture programs at the Memorial University of Newfoundland.

He sees a huge future for using algae, such as seaweeds and phytoplankton, in fish meal. In Kona, Hawaii, Kampachi Farms has shown that it is possible to grow healthy farmed fish on a plant-based diet. The company replaced the fish oil in its feeds with algae, soybean oil, canola oil, and other extracts, and the fish thrived on the regime.

A huge bonus: Fish grown on plant-based feeds can have fewer dangerous contaminants—a third less mercury and up to 90 percent lower levels of PCBs— according to researchers at the University of Maryland.

"You can raise fish, feed humans and not necessarily pollute the environment," Allen Place, a professor with UM’s Center for Environmental Science, told media.


(This article was originally published in the Mar/Apr 2018 issue of Aquaculture North America.) 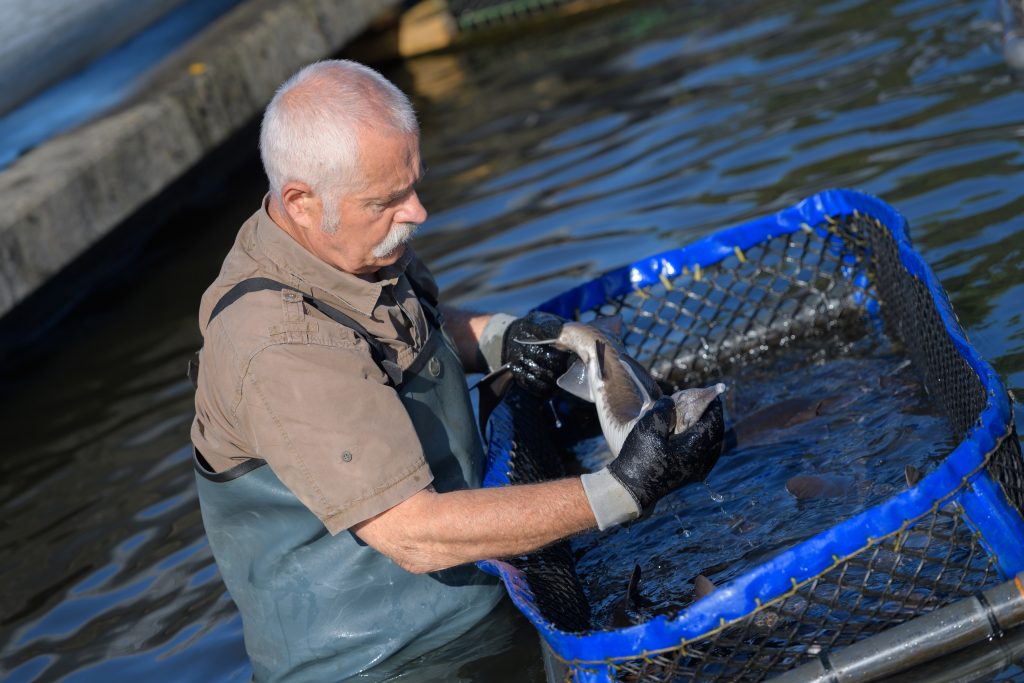