In what could be described as “aquaculture 2.0,” the Canadian province of Newfoundland and Labrador is seeing new dynamics driven by innovations, investments and support from the local government and community rarely seen in other salmon farming jurisdictions. 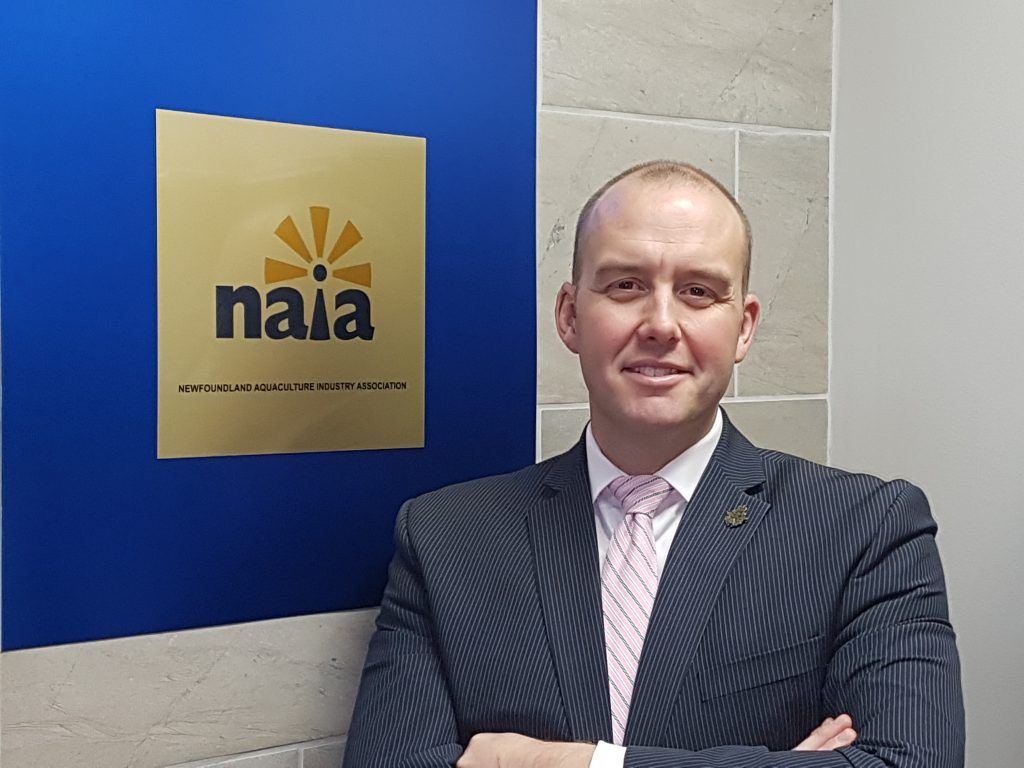 ‘Unlike other jurisdictions in Canada and around the world

Atlantic salmon is the major commercial salmonid species farmed in the province. While 2018 is expected to see harvest numbers below 2016’s banner crop of 25,411 tonnes of farmed salmon, a wave of change is playing out.

“We’ve got the largest salmon farming company now in Newfoundland and Labrador, Marine Harvest. Cooke Aquaculture is looking at sustainable expansion in the province as well. Then we’ve got the approval in September of Grieg NL Seafarms Ltd’s $250-million aquaculture project in the province. On the same day Grieg got environmental approval, Marine Harvest also got the approval to facilitate a $50-million expansion of their Northern Harvest Smolt Ltd hatchery in Stephenville, on the west coast of Newfoundland. These companies are very determined to produce product in the province and we’re seeing the private investment happening. This all happened this year,” says Mark Lane, executive director of the NewfoundlandAquaculture Industry Association (NAIA).

The accumulation of micro-stories and an array of different trends bode well for the province. At the 25th Anniversary Cold Harvest Conference held September in St John’s, a raft of announcements revealed enthusiastic industry players keen to grow the industry and benefit from its growth: technology provider AKVA Group inked a deal with Grieg NL Seafarms to supply it with feed systems and locally-built feed barges until 2026. The delivery is estimated to commence with the first three barges in Q2 2020. The council of Marystown, in Newfoundland and Labrador’s Burin Peninsula, announced it is moving closer to acquiring a former shipyard to convert it into an aquaculture service hub that will provide comprehensive services to fish farms in the Atlantic region; and Scotland-headquartered Gael Force Group, a manufacturer of equipment, technology and services, revealed plans to expand its business to Atlantic Canada’s aquaculture market.

“There is a huge amount of interest from around the world. Their supply chains in other jurisdictions — Marine Harvest is in British Columbia and Scotland – are following them here. Companies are going to establish their operations in our province to service the rest of Atlantic Canada and the north east of the United States. NAIA’s office has been tremendously busy. We’re facilitating meetings and we’re going to hear more good news in the future on the service supply side of things,” says Lane.

He believes “unwavering support” from provincial officials to grow the industry sustainably is instrumental in attracting these investments.

Gael Force Group’s marketing manager Marc Wilson attested to this warm reception. “Our visits to Atlantic Canada have revealed a commitment to aquaculture with a real appetite to grow the industry substantially. Every person we have spoken to has welcomed the prospect of Gael Force making an inward investment in Newfoundland,” he said in announcing the company’s plans in the province.

The provincial government also put some skin in the game. It invested $30 million in the form of repayable loans in Grieg NL Seafarms’ aquaculture project in the province, as well as roughly $500,000 (C$588,000) to boost employment opportunities in the aquaculture industry.

Communications and advocacy are Lane’s priority for 2019 to get those undecided to understand the industry. He acknowledged that the “10-12 percent will never change their mind about aquaculture no matter how much time we spend on educating them.”

“We need to continue to get our message out to the general population about A: how responsible we are and how sustainable our industry actually is, because there are a lot of questions out there, and about our ability to provide a premium product that is in high demand around the world. We also need to get out there the industry’s economic importance to Newfoundlanders and Labradorians who live in towns like Triton or Gaultois. I’ve heard their mayors say this, and they’ve said it publicly, that without aquaculture, their town simply would not exist today. Plain and simple,” he said.