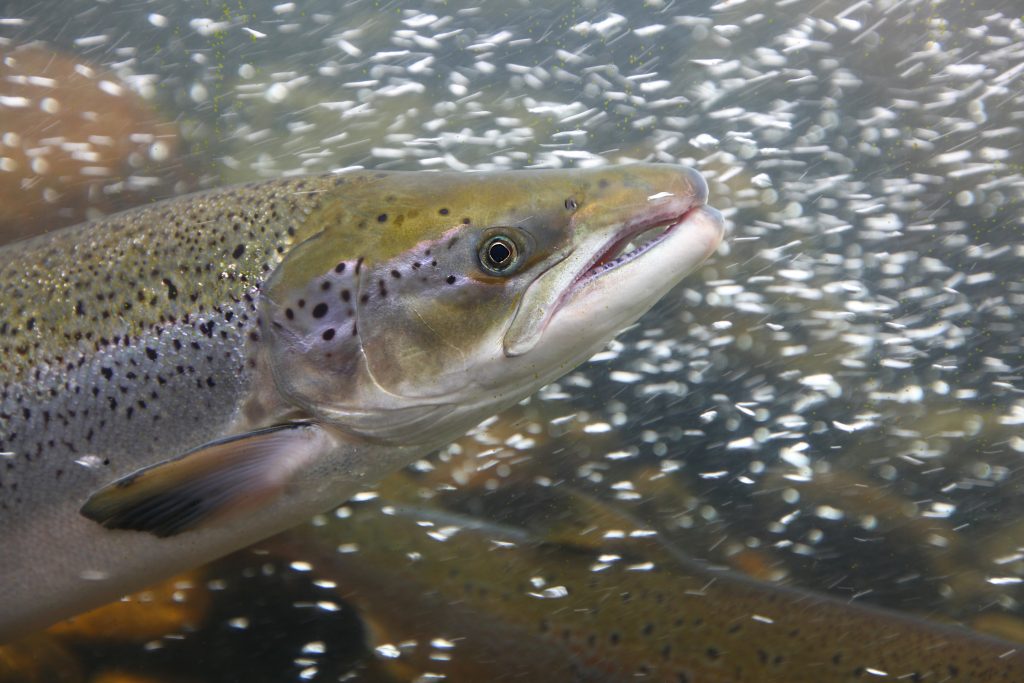 The Newfoundland Aquaculture Industry Association (NAIA) is not too happy about the news that circulated on Sunday and Monday in both mainstream and trade media (not this publication) about “new proof” that fish farm escapees interbreed with wild salmon.

When Aquaculture North America approached NAIA executive director Mark Lane to comment on the story first published by CBC News, Lane blasted the CBC News for irresponsible journalism, and the Atlantic Salmon Federation for fear mongering. In response to our questions, Lane provided to us the following statement:

It was with great interest and concern that I read an article in the CBC News written by Leigh Ann Power, Host of the Central Morning Show in Newfoundland and Labrador, titled “New proof that fish farm escapees interbreed with wild salmon: DFO” dated September 23, 2018.

When I opened my browser I initially thought there was new research released that which I was unaware. At second glance though I realized that this was not “new news” but rather “old news” that was reported by the same media outlet in September 2016.

Let me be clear, as an industry we are concerned with any accidental escapes of farmed salmon into the environment. We invest millions of dollars to continually improve technology, innovation and farm practices to prevent escapes. To determine the interaction of escaped farm salmon on the environment we have fully collaborated with the researchers on this particular study and others conducted by Fisheries and Oceans Canada (DFO) by providing fish and DNA material.

All suspected and confirmed escapes are reported to the regulatory authorities immediately; namely the provincial Department of Fisheries and Land Resources (FLR) and federal Department of Fisheries and Oceans (DFO). At a recent Code of Containment Committee meeting, comprised of industry, regulatory agencies, salmon conservation groups and First Nations we voluntarily reduced the threshold of reporting from 100 fish to one.

At a recent Pan-Atlantic Code of Containment meeting held in New Brunswick, following a cross jurisdictional analysis, an independent consultant concluded that this province has one of the most prescriptive and thorough Codes of Containment in Canada. Even then we as an industry continually work with stakeholders to improve this Code based on facts, science, latest technology and evolution of the industry.

There is absolutely nothing new or newsworthy in this article. This is simply a repeat of information, some of which is stated inaccurately by the DFO Scientist and Mr. Steve Sutton.

Not surprising, Steve Sutton of the Atlantic Salmon Federation (ASF) capitalized on this non-news-worthy story, knowing full well that this study is not new as he was also featured in the September 21, 2016 story by Mark Quinn. Mr. Sutton should be ashamed of himself by preying on the unsuspecting public, spewing his and his association’s rhetoric, mistruths and fear mongering.

There is a Journalist Code of Ethics that requires efforts to verify all facts for accuracy. According to the Canadian Association of Journalists, “Accuracy is the moral imperative of journalists and news organizations, and should not be compromised, even by pressing deadlines of the 24-hour news cycle.”

Fairness by respecting the rights of all people in the news is also identified as a pillar of the Code of Ethics. According to the Canadian Association of Journalists media must “…give people, companies or organizations that are publicly accused or criticized opportunity to respond before we publish those criticisms or accusations. [The media] must make a genuine and reasonable effort to contact them, and if they decline to comment, we say so.”

Prior to the release of CBC News story, no one from the news outlet reached out to industry for comment or to confirm this as “new proof.” For the record, I am always available by phone 709-689-8536, by email mark@naia.ca or through social media such as Facebook, Twitter, LinkedIn or Instagram.

I am not arguing that escapes and interbreeding is not of concern to industry; it absolutely is. Escapes should never happen. However, when they do or developments arise related to industry then industry should be consulted to ensure balance as a requirement of the Journalist Code of Ethics.

There are many developments in the aquaculture industry that are current and news worthy; the acquisition of the former Kiewit ship yard in Marystown that will see a dormant facility revitalized as an aquaculture service centre as well as the recently approved Grieg NL project; both will provide year round jobs to the Burin Peninsula. Just today it was announced that Akva Group is entering into a supply and sales contract with Grieg NL Seafarms Ltd, the marine based operations of Grieg NL. According to Intrafish “Under the contract, Akva group, through its wholly owned Canadian subsidiary Akva Group North America Inc, will become exclusive supplier of feed systems and feed barges up to 2026”. All of which are due to be built locally. As well last week, a $50-million private expansion was announced for the Northern Harvest Smolt hatchery in Stephenville resulting in 24 full time employment opportunities.

NAIA is celebrating 25 years and this week will host its largest Cold Harvest Conference and Trade Show in history with more than 400 international delegates and 50 exhibitors. There will be many current newsworthy stories that will develop over the next several days and we would love the opportunity to share with the media and their audiences. If media are interested in attending Cold Harvest 2018 complimentary media passes are available.