The National Oceanic and Atmospheric Administration (NOAA) is beginning the early stages of work towards opening up federal waters in the Pacific Ocean to aquaculture operations but some are concerned that developing regulations before an industry is established may prevent growth. 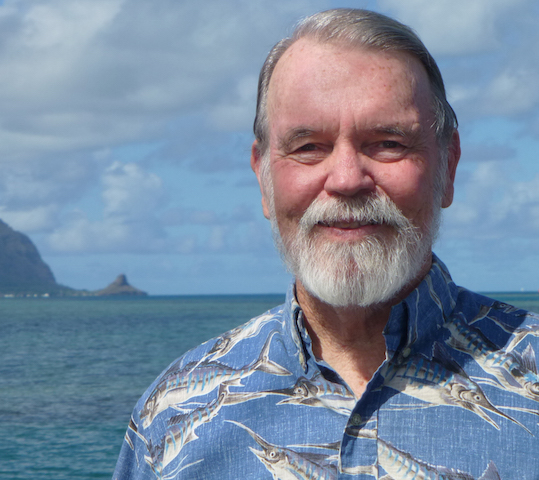 The Magnuson-Stevens Conservation and Management Act of 1976 defines a relationship between fisheries councils and service districts: councils develop and amend fisheries management plans while the fisheries service issues regulations and implement those plans. Since 2008, the Western Pacific Fishery Council has sought to engage in aquaculture in federal waters in strategically, says David O’Brien, deputy director of NOAA’s Fisheries and Aquaculture program.

“The council looked at this and said, ‘this is a great opportunity, a way to create seafood locally, let’s pursue this,'” says O’Brien. “The way they did this is to work with the fisheries services and they developed a programmatic assessment of the area to help inform any future decisions about what areas are suitable for aquaculture, what areas are not suitable, what species are likely to grow, what methods could be allowed – a whole range of things.”

O’Brien says that the council decided the best way to proceed was through a National Environmental Policy Act (NEPA) process.

“It’s a wide-ranging law that applies to all federal agencies which look at potential environmental and economic impacts of federal action,” says O’Brien. “It can also be used as a planning tool, which is what the council wants to do.”

This past August, the fisheries service issued a notice of intent to prepare a programmatic environmental impact statement under NEPA. This was followed by a 60-day public comment period, which closed at the end of October. That information will be used as the basis for a draft of an environmental impact statement, which is scheduled to be published in the spring, followed by another public comment period and a final statement in the fall.

Comparisons with Gulf of Mexico’s opening

The effort has drawn some comparison to the process undertaken to open up waters in the Gulf of Mexico for aquaculture operations. The process of using the councils and the Magnuson-Stevens Act are analogous, however O’Brien notes some key differences between both efforts.

“The Gulf went first and the Pacific council is going second,” said O’Brien. “No one had ever done this before; it was a brand new operation. To their credit, both the council and the folks in the fisheries service down in the south east were pioneers. The Western-Pacific and other regions that may want to follow have the enormous benefit of having a road map to follow. One thing they’ve done in the Gulf that was pretty god was the co-ordination among federal agencies in the Gulf, but, in retrospect, it could have been a bit tighter. In the Western-Pacific, they were earlier [than the Gulf] in bringing in partners from the Army Corps of Engineers and the EPA and the Coast Guard into the process and getting them involved in the earlier planning stages. It will make it easier down the road.”

However, there are still concerns about the process, with some seeing hurdles on the path of potential investors. For one, there is the question of permit versus lease.

“A permit is not the same as a lease,” says Corbin. “If you look at all the coastal states that have aquaculture, I believe virtually all of them use a lease as the vehicle to give people access to the public resource. Does a permit really offer adequate, exclusive-use controls and does it offer adequate property rights and property protections to justify an investor investing, say, $10 million or $15 million to create a commercial-scale project in the Pacific Ocean? I think that’s a question that has not been answered.”

O’Brien of NOAA says that the issue of “lease versus permit” has indeed been raised in past discussions on this topic. While a lease may offer more certainty when attempting to secure financing from a bank or an investor, logistically it may not be applicable.

John Ericsson, Gulf Marine Institute of Technology CEO and managing director, participated in drafting the rules for offshore farming in the Gulf of Mexico. He believes that the current process is putting “the cart before the horse” and regulating an industry to the point where it may never develop.

“Usually regulations are the result of an industry starting, going through the infancy stages and then things get big enough in scale, issues come up and need to be attended to; it is trial, error and experience,” says Ericsson. “But in this case it’s just the opposite. They took 12 years to develop the rules for an infant sea farming industry before there was anything to regulate.”

Ericsson points to the example of aquaculture industries in Greece and the Mediterranean, where the industry grew over 30 years, beginning with mom-and-pop operators and caged systems, and evolved into a multi-million dollar industry owned by public companies with hundreds of net-pen systems. Looking at the start-up costs and the time and effort necessary to get a permit, he wonders if there is an inducement for smaller operators.

“There’s no protection once you get a federal permit to do sea farming in the Gulf of Mexico,” says Ericsson. “Somebody can go and get some judge to impose a cease-and-desist order while you’ve got millions of dollars invested and years in an offshore sea farming operation. There’s no protection for the business other than through the courts because there are no provisions to protect the operators from possible interference. The way the regulations are, there’s no real stopgap to protect the operator from what the federal regulators can do to shut your farm down and put you in bankruptcy.”

The process for revocation, suspension or modification of a permit is based on compliance with permit conditions, which falls under the same process used for commercial fishing licences, O’Brien notes. One of the overall objectives for NOAA in this process is to work on permitting efficiency in both state and federal waters. He also acknowledges that while regulations can be a burden to overcome, so can the lack of regulations.

“If you look at federal waters specifically, there has been an absence of clarity on regulating aquaculture in federal waters until last year when we published rules for the Gulf of Mexico fisheries management plan for aquaculture,” O’Brien says. “The absence of that regulatory certainty in places like the Gulf of Mexico has been an obstacle for development. Very few people applied for a permit for aquaculture in federal waters because of the lack of regulatory certainty. People tend to think of regulation as restrictive, but I think in this case the lack of regulatory structure has been restrictive. We’re trying to fix that, by using Magnuson-Stevens in this case, to develop that regulatory process so people will know what the rules are with a degree of certainty before they go investing a lot of money.”

John Corbin, president of the Aquaculture Planning & Advocacy LLC, and the former manager of Hawaii’s state aquaculture program, Corbin acknowledges that while most people in the region recognize that aquaculture would be a positive for economic development and diversification, the process may be too difficult for any local projects to start up. The widespread acceptance of open-ocean aquaculture, he says, may also require next-generation technology to move it forward.

“I think it’s a long-range venture because I think we need next-generation technology to really utilize the exclusive economic zone for aquaculture,” says Corbin. “We need a demonstration of technology, we need commercially successful projects that will probably come from Europe and other places before it occurs here in the United States.”