The livelihoods of oyster farmers in British Columbia, Canada are at risk from a norovirus outbreak that has sickened hundreds in three provinces and forced the closure of nine shellfish farms as of March. 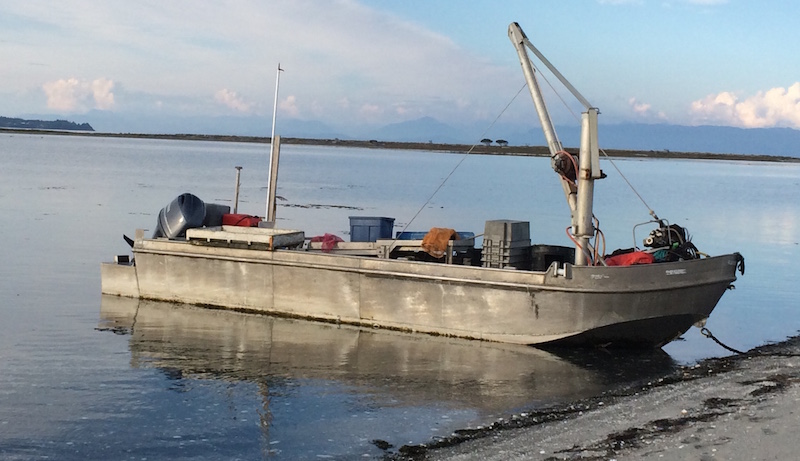 A number of employees have been laid off and some are working reduced hours as several oyster farms wait out the situation  Photo: BCSGA Nine farms ordered closed so far

The investigation into the cause or causes of the contamination is ongoing and complex, according to the Public Health Agency of Canada.

A number of shellfish farms have ceased operations either under orders from Fisheries and Oceans Canada (DFO) or voluntarily.

“Nine shellfish farms where oysters are harvested in British Columbia have been ordered closed by DFO on recommendations from the Canadian Food Inspection Agency and health authorities. Those recommendations are based on sample results, epi-assessments and consultation,” Darlene Winterburn, executive director of the BC Shellfish Growers Association (BCSGA), told Aquaculture North America (ANA).

While the potential economic impact is difficult to gauge, it presents real threat to BC’s shellfish industry.

“Whether voluntary or not, farmers who do not harvest do not generate income; the work that is farming must continue to care for the animals and to ensure they are ready to harvest when the time comes. There have been layoffs and reduction of hours and there will be more,” she said.

Some shellfish farms have the ability to harvest other species, but sales in Canada have slowed tremendously or stopped completely for many of the members of the BCSGA, noted Winterburn.

“There is also the possibility of future impact on sales in that this type of a scenario will make some restaurants and retailers hesitant to sell oysters in the future. There is a blemish on the product caused by something completely outside the control of industry.  Of course, people who love oysters really love oysters and they are waiting patiently for this to pass.”

For now, the industry is working with regulators and government to provide samples, share information, brainstorm possible sources, initiate research and, generally, work through the problem, Winterburn added.

“We meet regularly and provide input into possible solutions.  We have reached out to provincial and federal government. BC is exploring options that may help industry through this crisis.”