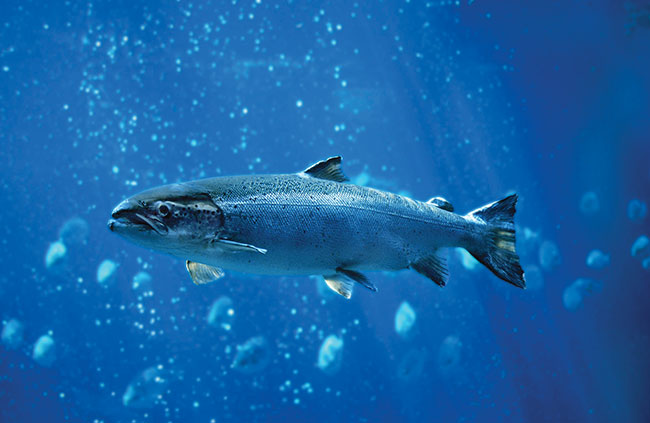 Farmed Atlantic salmon occasionally abstain from food for a variety of reasons, such as when they lose appetite when sick, or when feed is withheld to keep the water clear (no feces to cloud it) before major farming operations.

But concerns have been raised about the impact of fasting on fish welfare. There’s also the perceived reduction in economic value arising from growth loss.

Now, findings of a new study from Norway may allay those concerns.

Dr. Malthe Hvas, head of the study team from the Institute of Marine Research, says the strict focus on continuous feeding in salmon farming due to those concerns is likely exaggerated.

“Our studies show that Atlantic salmon are surprisingly resilient and robust to cope well with prolonged fasting periods, if they have to, and that they have the capacity to compensate growth loss if time allows it,” he told Aquaculture North America.

The study team put Atlantic salmon on a fasting regimen for eight weeks. Their aim was  to evaluate impacts on fish welfare in Atlantic salmon post-smolts following the fasting period and to compare growth trajectories during fasting and subsequent re-feeding with a continuously fed control group until harvest.

They found that farmed Atlantic salmon were able to fully compensate growth loss following the fasting period by accelerating feed intake and growth rates above those of continuously fed counterparts.

The findings may lead Norwegian aquaculture authorities to rethink whether it is still necessary to formulate welfare guidelines for allowable fasting periods.

For the study team, guidelines “may ultimately be redundant since the required time to initiate severe starvation takes much longer than any realistically encountered fasting period in Atlantic salmon aquaculture.”

For salmon farmers, that’s one less guideline to deal with.