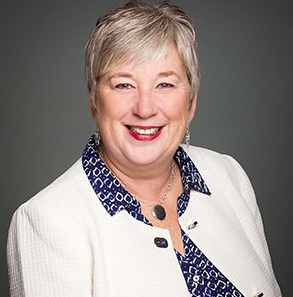 In an interview with Canadian news outlet the CBC, Jordan said fisheries and oceans are “near and dear to my heart.”

During her first four years in Ottawa, Jordan spent much of it as a member of the standing committee on fisheries and oceans. She chaired the committee during five of those 32 months, according to the CBC report.

The Canadian Aquaculture Industry Alliance (CAIA) welcomed Jordan’s appointment expressing “enthusiasm to work together to realizing the opportunities for Canada through sector development.”

“Seafood farming is a key driver of economic growth in Canadian rural, coastal and indigenous communities, and is the fastest growing food production sector globally. We look forward to working to develop a strong partnership with Minister Jordan to help Canada’s aquaculture sector thrive,” said Timothy Kennedy, president and CEO of CAIA.

Jordan completed a Bachelor’s degree in Political Science at St. Francis Xavier University. Prior to entering politics, Minister Jordan was a development officer for the Health Services Foundation in Bridgewater, Nova Scotia, where she spent eight years as part of a team raising millions of dollars for health care in the region. She has been involved in her community for years, holding positions such as president of the Atlantic Community Newspapers Association and Chair of the Earth Day Challenge Committee.