2018 saw continued and substantial growth for the aquaculture industry in Nova Scotia. Aquaculture Association of Nova Scotia (AANS) Executive Director Tom Smith says that after several challenging years, including teething problems brought about by a new regulatory framework in 2015, the province’s aquaculture industry has grown steadily in the three years since. 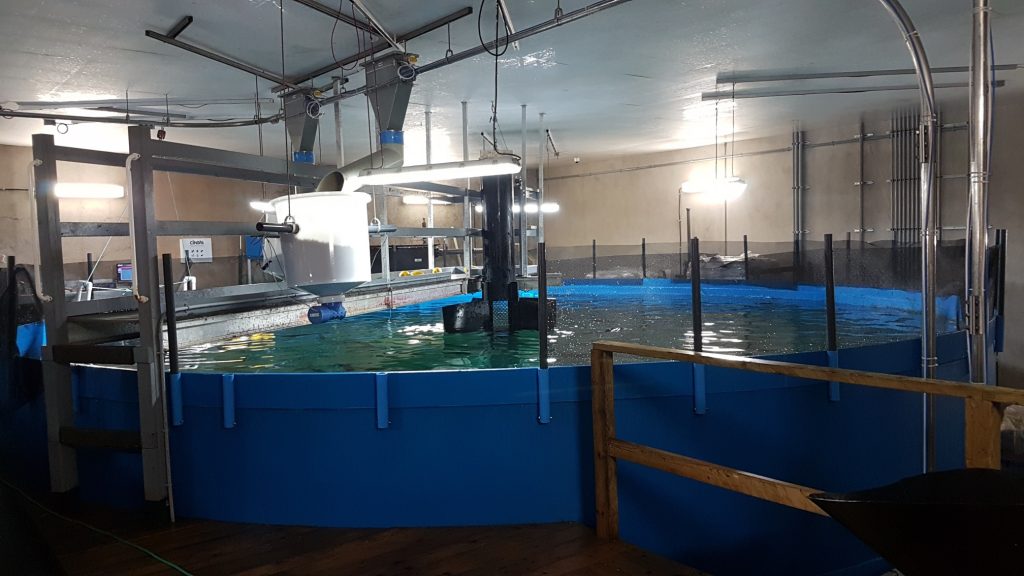 “Now we’re up to $120 million in aquaculture exports out of the province with substantial growth in salmon farming, trout farming and oyster farming,” says Smith. “The industry last year more than doubled and really paved the way for a new chapter in aquaculture development for the province.”

The 2015 regulatory framework instituted ushered in the modernization of the province’s aquaculture industry; a key aspect of these reforms has been the development of a new aquaculture licence and lease application process. Smith says key to that growth is the industry’s proactive approach in the intervening years when the framework was being developed — the AANS spent a tremendous amount of time in communities in the province building public trust.

“We’ve been and are active in community engagement. We’re active in municipal government engagement, not just at the provincial level, illustrating to and informing consumers in those communities how seafood farmers can be responsible stewards of our oceans, but also be economic generators and wealth generators for communities around the province.”

Smith notes that rural and coastal communities have faced significant challenges with high unemployment rates and a decline in economic development. But since the new framework was implemented, the industry has seen new aquaculture development projects being proposed across the province.

Smith says outreach to First Nations and indigenous communities have been successful, and many are developing new business opportunities, including oyster farms, trout farms and trout processing plants.

“These are communities that are taking charge of their own future and finding opportunities through aquaculture development,” says Smith.

At the same time, many existing operations in the province are expanding. On the eastern shore of the province, the population has declined and unemployment has risen dramatically but several new oyster farms have developed. Salmon farming numbers also reached an all-time high in the past year.

“We had more product in the water, more product that was harvested and exported and we’re creating more jobs and more opportunities in rural and coastal communities.”

Smith says the biggest trends he’s seen in 2018 were based around development – specifically technology and innovation in farming procedures and farming practices. Cooke Aquaculture, for example, has invested a lot of energy and money into new remote feeding systems and water quality and temperature monitoring. But the salmon farmer is not alone in looking at new quality-control mechanisms; shellfish growers and trout farmers are as well.

“We’ve spent a lot of time doing water-quality monitoring tests to ensure that oysters are harvested in a safe and sustainable manner,” says Smith. “We’ve got new seed production that’s being developed that will ensure the growth of that industry. On the trout side, it really is new farms that are going into the waters and, with that, two processing plants that have been opened to support that increased volume.”

Looking forward to 2019, Smith says that, while the association’s efforts have built new partnerships, building public trust will remain a major challenge, along with ensuring that best practices are followed in farm operations. With new trout farms and expansion of both marine and land-based salmon operations, he sees the current momentum continuing.

As to the AANS’s role in the coming year, Smith says they will continue to advocate for the development of the industry and for best management practices. They will also continue to aggressively pursue research and development initiatives – he notes that the AANS is managing 16 different research projects, ranging from Vibrio monitoring systems to a new trout brood stock program. And they will continue to reach out to communities and build public trust.

“Nova Scotia is open for business,” says Smith. “We’re looking for aggressive, progressive, forward thinking organizations that want to come to Nova Scotia and build a future for aquaculture development.”