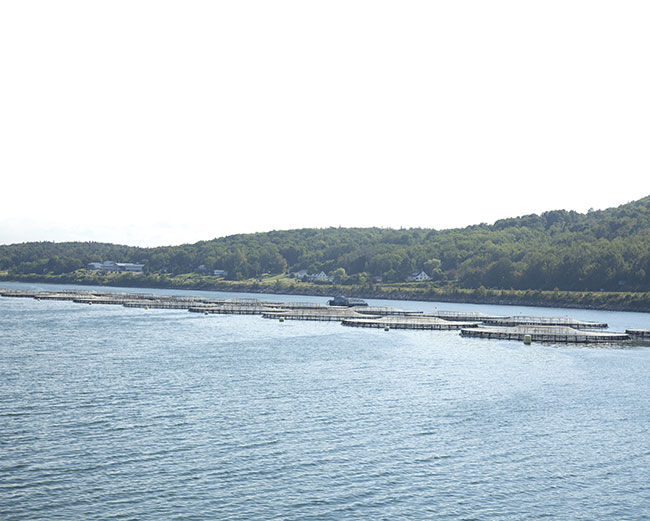 Government and industry representatives say 2019 was about growth in Nova Scotia, with players inside and outside the province looking at opening new salmon farming operations.

“2019 was a watershed year for aquaculture development in Nova Scotia primarily because of renewed interest by existing operators here to expand their businesses as well as major international companies looking for opportunities to develop,” says Tom Smith, executive director of the Aquaculture Association of Nova Scotia (AANS).

Keith Colwell, the province’s Minister of Fisheries and Aquaculture, says that responsible development of the industry is a priority for the province. It is well positioned for growth in both land-based and marine farming, he said.

“The past year has seen strong growth in aquaculture, bolstered by the new regulatory framework the province implemented in 2015. It provides greater clarity, transparency and accountability in the rules and procedures that govern the industry,” says Colwell.

“Nova Scotia is committed to the sustainable development of the aquaculture industry. We are also committed to supporting research and development and have dedicated funding to better understand aquaculture’s relationship with the environment and other users,” said Chrissy Matheson, communications executive at the Ministry of Agriculture.

“We have the strongest and most modern regulatory framework in Canada,” she added. “Our new regulations are based in the best science and practice available. Updates to the regulations will further strengthen oversight in the aquaculture industry in Nova Scotia.”

Smith believes that the regulations, both the 2015 version and the 2019 amendments, have played a part in making Nova Scotia a more attractive destination for salmon farming.

“The regulations are focused around operational excellence and transparency to Nova Scotia communities,” says Smith. “The process that is in place, although it is new, is certainly providing a road map for aquaculture operators that want to come to Nova Scotia and open new businesses with a confidence that there is a future in development here in the province.”

There are only a handful of salmon producers in the province currently. 2017 figures from the Department of Fisheries and Oceans (DFO) put Nova Scotia’s farmed salmon output at 11,078 tonnes, less than half of New Brunswick and well below British Columbia, which produces the lion’s share (roughly 60 percent) of Canada’s farmed salmon production.

Smith notes Nova Scotia’s small output at the moment is a plus; it means there’s room to grow, he said. 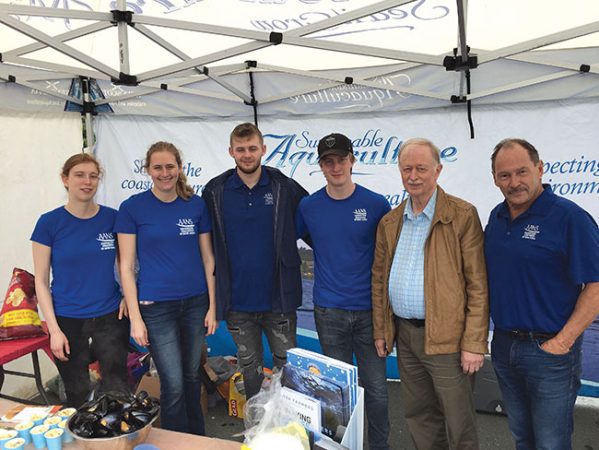 Cermaq delayed
One of the most talked about stories of the year in Nova Scotia aquaculture was Cermaq Canada’s interest in beginning salmon farming operations in the province. Headquartered in British Columbia, Cermaq Canada announced in April that its goal was to obtain 20 salmon farm licenses and build two hatcheries and a processing plant, potentially creating more than 300 jobs and contributing up to $500 million to the local economy. In order for the move to make financial sense, Cermaq says it would need to produce 20,000 metric tonnes of salmon annually in the province.

“The province has a coastline that is favorable to ocean aquaculture. There isn’t a lot of production in the province at the moment. It is very close to markets that we service from the West Coast so it would be a lot more attractive if we could send fish growing on the east coast to the east coast. That’s the attractive piece for us,” said David Kiemele, managing director of Cermaq Canada, in an interview with Aquaculture North America (ANA).

He added: “The government of Nova Scotia has also been quite clear and progressive in their regulatory framework around salmon aquaculture. It is set out in a way that builds confidence that companies can come out and investigate if it’s prudent for them to look for ways to grow in the province.”

Cermaq is a great example of the companies that are seeing the opportunities in Nova Scotia, says Smith.

The company was granted four Options to Lease sites in Digby, Guysborough and Richmond with six months to develop business plans and strategies for marketing and community engagement. However in September, Cermaq announced it is delaying its decision on whether it will expand into Nova Scotia, because it needed more time to consult with the public. “We will not go forward unless we feel we are wanted,” said Kiemele. (See story on page 13.)

Smith says Cermaq’s options are part of the 12 options for new operations granted in the province. “We’re finally turning the corner from all of the regulatory work that’s been done over the last five to six to seven years,” says Smith. “And that’s now manifesting itself in new opportunities for expansion and developments.”

Public support
Aquaculture in Nova Scotia has been the subject of heated public debate much like in other parts of the world. In local papers, it is not uncommon to see arguments made back and forth, with op-eds and letters to the editor sniping at each other about the pros and cons of the industry. Much like his counterparts in other salmon farming locales, Smith keeps a positive outlook, observing that there is positive change in Nova Scotian attitude towards aquaculture. Most communities he interacts with simply want more information, Smith said. Still, he admits that the industry’s biggest challenge is to build public trust.

“I think it’s something that we’ll continually try to improve,” says Smith. “One of the things we’re trying to communicate is that the operational standards and best practices that aquaculture farmers use in 2019 are so much advanced from 10 and 20 years ago.”