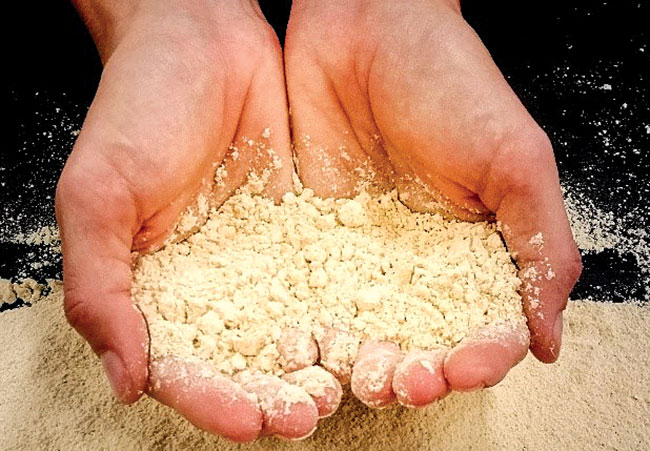 MrFeed, supplied in powder form as an ingredient for fish feed, has a nutritional profile that enables it to replace fishmeal, says its developer Credit: Menon Renewable Products

New technologies are presenting the aquaculture feed industry more options for alternative proteins. Among these are technologies that convert low-value organic feedstocks into high-performance feeds.

“Changes in production technology and marketing and changes in feed ingredients are key structural transformations necessary for the aquaculture sector to grow,” said Sergio F. Nates and Arul Victor Suresh, co-authors of the study, “Use of unconventional protein sources to replace fishmeal in shrimp feeds.”

Nates and Suresh, both of California-based Menon Renewable Products Inc, have identified insects, fermented animal and plant co-product hydrolysates, seaweed meals, and brewer’s and baker’s yeast as unconventional protein sources for feeds. The latter are high in protein and readily digestible but the downside in the past had been the cost. The development of a new bioreactor technology has pulled down the cost “to the point that it now may be cost-effective as a feed ingredient.”