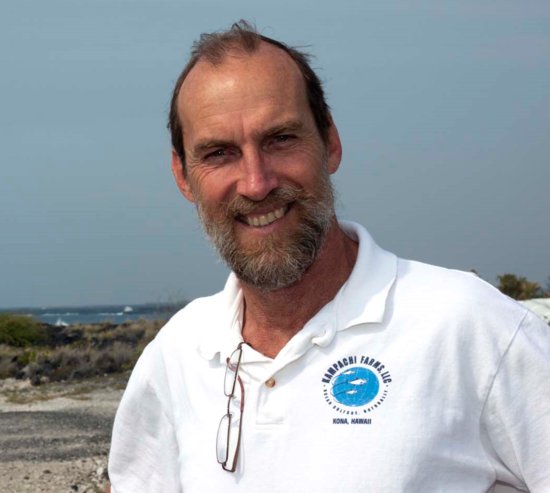 When it comes right down to it

There’s been considerable angst about the adverse effects marine fish farming has on the ocean. But when it comes right down to it, says Hawaiian deep-ocean fish farmer Neil Sims, the science confirms there’s little, if any, impact at all.

Sims, who is president of the Ocean Stewards Institute (OSI) and CEO of Kampachi Farms, Hawaii, made the comments at the 2014 Offshore Mariculture Conference in Naples following his presentation.

Sims’ presentation gave delegates an outline of the OSI white paper on water quality monitoring, and some of the recent data from open-ocean fish-farm sites.

Sims told ANA that he wanted to make the point that, while the research findings were in favor of the industry (in his area at least) in many parts of the world public perception of the industry as a whole is a negative one because of “fear-mongering” by non-government organizations

“There’s been very little attention paid to the actual, factual science,” he said. “And there’s very compelling science that says that as long as the net pen is located properly in a site with some reasonable currents and some reasonable depth of water, there should be very little, if any, impact on water quality.”

If net-pens are situated in water at least twice as deep as the pen – there should be no significant effect on the surrounding water quality or on the substrate beyond 30 metres.

“Often it’s been found that there’s no significant impact at all,” he said, “and this flies in the face of all the emotional swirl that’s been created in the public consciousness regarding fish farms.”

Sims said he hopes his presentation will be regarded as “a call to try to approach the issue (of fish farming and its effect on surrounding water quality) with some reliance on the data rather than (on) the emotions.”