New Brunswick’s oyster exports grew 18.6 percent to $5.8 million in 2017 from the previous year, continuing the industry’s rally. Overall industry growth was at 57 percent over the past five years, measured in terms of oyster bags in water, which in 2017 was at 518,000. 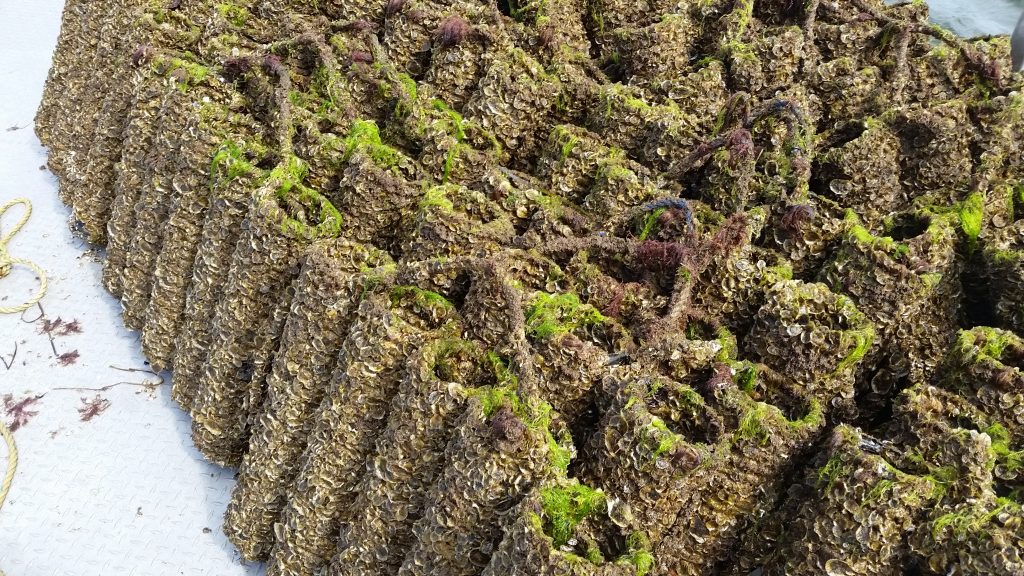 The Canadian province aims to grow the industry by 10 percent annually over the next five years but says it has a problem: only one commercial hatchery serves the province’s 90 oyster farmers. Most of them depend on seed collected from the wild, which an unsustainable practice.

“People are getting nervous about what the wild can provide. Hatcheries will become more and more popular in serving the industry in the future,” said Marie-Josée Maillet, coordinator at New Brunswick’s Department of Agriculture, Aquaculture and Fisheries.

This could be an invitation for commercial hatcheries to set up shop in New Brunswick. In New Brunswick’s 2017-2021 Shellfish Aquaculture Development Strategy, the province pledges to support the development of hatcheries or nurseries when business rationale is demonstrated. Support for research and development projects that aim to produce spat is also at hand.

New Brunwick’s oyster industry is currently operating at only 20-percent capacity. “Demand is greater than what oyster farmers can produce right now,” said Maillet. “The industry is still growing, there’s still room to grow, all our sites are not at capacity but once they are, that’s going to be our biggest challenge.”