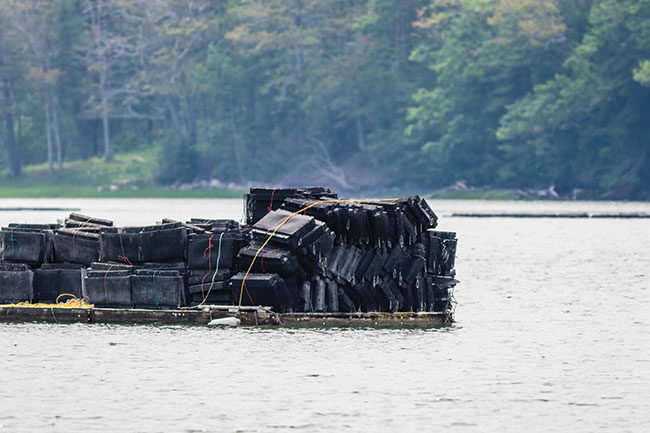 Lost gear and inventory could have significant financial impact on oyster farms. Through the SmartOysters app, the public can do their bit in reporting found items to oyster farms Photo: ©rabbitti / Adobe Stock

A no-cost solution to the problem of lost farm gear and inventory is now at the fingertips of oyster farmers and the general public.

Following the destruction wrought by Hurricane Sally in the US State of Alabama, developers of the SmartOysters farm management app added a lost-and-found function that allows users to identify gear or inventory that went adrift from farms.

“We’ve seen how oysters growers band together after a severe weather event to help look for and recover lost bags, baskets and cages. We know the significant financial impact that lost gear and inventory could have on oyster farms,” said the app developers.

The SmartOysters app can be downloaded for free from the app store. Anyone who has the app on their smart phone could just scan the item found and its owner will be notified.

Josh Neese, the biologist behind the Florida Oyster Trading Co and the first “US lead generator” for SmartOysters, described the lost-and-found function as “a free service that engages the community in helping with aquaculture-related marine debris.”

An additional free service offered by the app is an ecosystem services function. “This is being offered as a free service to NGOs and non-profits engaged in restoration projects. They could use it to quantify such parameters as water volume filtered, carbon removal, and nitrogen sequestered,” Neese added. “It connects the industry to free resources that may benefit the greater good.”