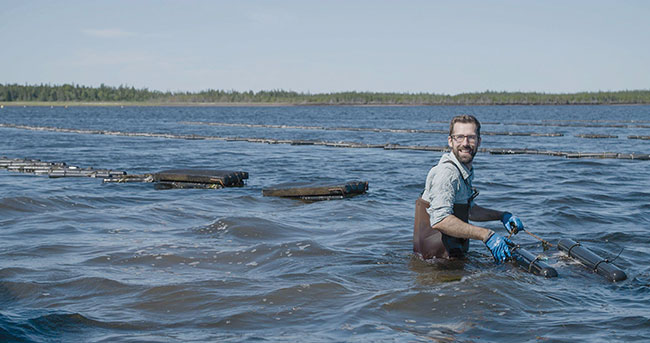 Oysters in Atlantic Canada may have developed resistance to ocean acidification due to their long history of exposure to low pH conditions, a new study shows.

Ocean acidification describes the decrease in seawater pH due to the oceans absorbing excess carbon dioxide from the atmosphere. The deaths of millions of oyster larvae in the Pacific Northwest in 2007 due to ocean acidification highlighted how climate change, found to be the culprit behind the phenomenon, could devastate the industry and coastal economies.

“The change in ocean pH presents a challenge for marine life. A major consequence is that shellfish, like oysters, have a harder time making shells,” says Jeff Clements, research scientist at Fisheries and Oceans Canada and lead author of the study.

Clements and his team examined Eastern oysters (Crassostrea virginica) from Saint-Simon Bay in northern New Brunswick. They found that exposure to low pH actually increased the reproductive development of adult oysters. Furthermore, although the hatchery-reared oyster larvae in low pH tended to be smaller and had a higher percentage of deformities, their survival was actually higher under low pH. 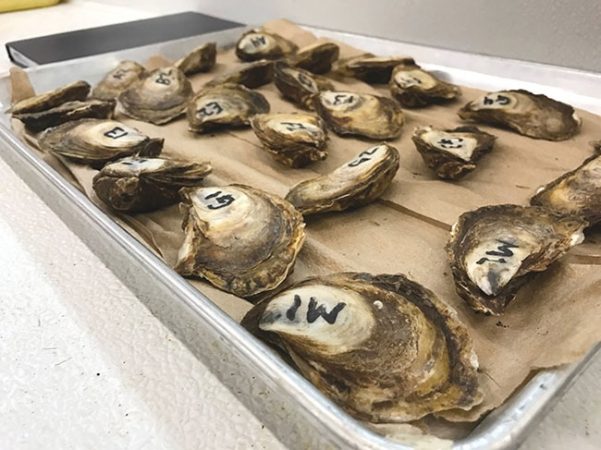 Broodstock oysters in the trials.

Martin Mallet, co-author of the study and hatchery manager at the L’Étang Ruisseau Bar oyster hatchery where the study was conducted, says “the estuarine waters in which these Eastern oysters have evolved show large natural fluctuations in pH, including regular episodes of low pH, due to freshwater runoffs and photosynthesis fluctuations.” Regular exposure to low pH episodes may have aided in the oysters’ resilience in this area, the researchers said.

Both Clements and Mallet acknowledge the need for further, longer-term study to determine the effects of chronic exposure to low pH. But they say their results provide room for “cautious optimism.”

“To our knowledge, this is the first study showing such positive effects of low pH on this species of oyster, which is quite promising. This isn’t just good news for the oyster industry in Atlantic Canada, but it’s also great news for industry and government collaborative research in the region,” says Clements.