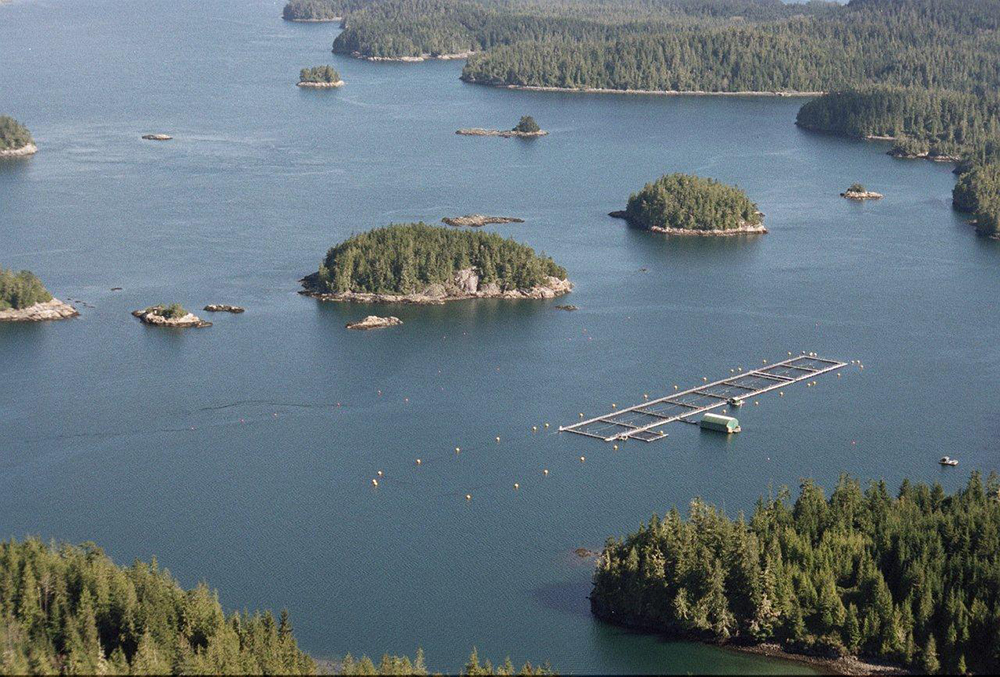 Five of the 17 Atlantic salmon farms set for closure over the next four years in British Columbia’s Broughton Archipelago have been shut down as of September and a monitoring program that oversees the decommissioning of the rest is now in effect.

In December 2018 the BC provincial government and First Nations in the Broughton Archipelago have decided to not renew the leases of 17 salmon farms owned by Mowi and Cermaq in the area.

The monitoring program, which was launched and was in effect as of last week, puts the three First Nations—the ‘Namgis, Kwikwasut’inuxw Haxwa’mis, and Mamalilikulla—in charge of monitoring the fish farms during the transition process.

The Broughton First Nations Indigenous Monitoring and Inspection Plan (IMIP) will see First Nations leading the monitoring of fish health, sea lice, pathogens, disease agents and diseases before and after introduction of fish into the fish farms.

It has been agreed smolts positive for piscine reovirus will not be transferred into saltwater and corrective measures include removal of fish from farms if treatment for sea lice is unsuccessful in meeting thresholds. The program will improve public reporting and have compliance and corrective measures if fish farm operators do not meet the required standards.

By the end of 2022, 10 farms will have ceased operations as part of the 2018 deal. The remaining seven farms will cease operations, unless agreements between First Nations and farm operators, and valid Fisheries and Oceans Canada (DFO) licences are in place by 2023.

IMIP has the support of Cermaq Canada, and Mowi Canada West, the Province of British Columbia and Fisheries and Oceans Canada.

“This agreement reinforces the importance of supporting wild salmon populations while building capacity within the First Nations and working in a transparent manner with industry,” the parties involved said in a joint statement.