News
Plans moving ahead for land-based farm in Maine 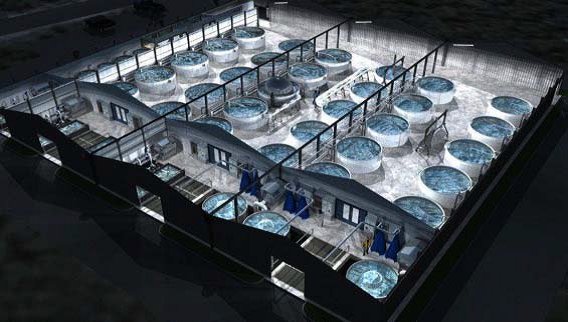 Plans are reported to be moving ahead for a proposed fish farming operation in the US Eastern Seaboard community of Corea, Maine. The RAS Corp., a developer of aquaculture technology, is stated to have closed on a new round of financing from Coastal Enterprises Inc. for a project to test the viability of raising black sea bass and California yellowtail in a land-based production system.

According to a joint statement, officials report that existing  infrastructure at a former Navy base in Corea makes it a leading candidate for a fish-farming operation of the kind, and a purchase option has been obtained there.

RAS is stated to have bought an option on a seven-acre parcel and a 40,000-sq-ft building at the ex-base, which is surrounded by hundreds of acres administered by the U.S. Fish and Wildlife Service’s Maine Coastal Islands National Wildlife Refuge.

The statement adds that the site is already being considered for aquaculture operations by two other firms, Maine Halibut and Palom Aquaculture LLC. A final decision on whether to locate in Corea is expected in the next 6-12 months.