Price of fish feed on the way up 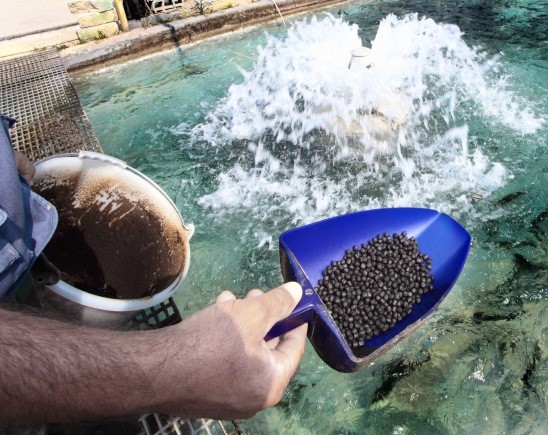 A limited supply of fish meal is putting pressure on the price of fish feed.

Peru, the world’s largest producer of fish meal, may not have any or very limited quota for the current fishing season which normally runs from December to February. That means that the supply of fish meal will be significantly curtailed until the next Peruvian fishing season which does not begin until April. The shortage of fish in Peru is due to a moderate El Niño. An El Niño occurs when the surface water along the coast of Peru increases in temperature and the depth of this warm water increases. El Niños occur at irregular intervals and when these natural phenomenon occur the supply of fish is decreased resulting in a concomitant increase in the value of the smaller amount of fish meal available.

Usually El Niños result in a diminished fishery. But the combination of a lower biomass and the increased conservation ethic has prompted the Peruvian Marine Institute (IMARPE) to recommend that the quota for the current fishery be set at zero. Not everyone is onside with a zero quota. The legal advisor, Sr. Peralta of National Association of Fishing Vessel Owners, has suggested that the latest results published on December 5, 2014 by (IMARPE), which confirms the absence of Anchovies on the coast, has been manipulated with the intention of closing the anchovy Industry. The Fishing Vessel Owners association does not interpret the data the same as IMPARE. In response, the Fish Vessel Owners brought before the Attorney General a criminal complaint against the President of IMARPE and other officials for abuse of authority and falsehood. While the fishing guild in Peru and the IMPARE duke it out in court the fishing will be curtailed and supplies will remain limited.

The outlook is for the price of fish feeds will increase in the near term. However, for the longer term price increases should be less dramatic. The current very high prices of fish meals relative to other sources of protein such as soybean meal (figure 3) will result in increasing use of other more moderately priced proteins in fish feeds. This will help to alleviate the demand for fish meals.

Also, the high price of fish meal will increase the supply of fish meals because of increased sourcing efforts for material from both by-products and by-catch which are currently not entering the fish meal supply chain. The El Nino will pass and it is expected that as early as April 2015 the increased supply of fish meal will result in lower fish meal prices and lower feed prices. The caveat on this prediction is that in the world of commodity pricing April 2015 is a long way off and no one knows what will happen to protein prices between now and then.