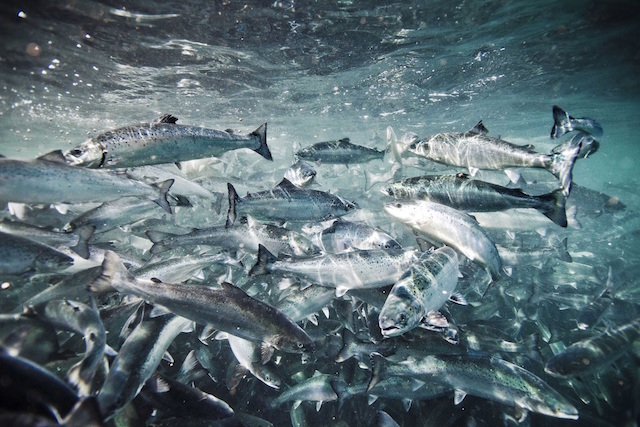 A commercial facility for producing omega-3 fatty acid products from natural marine algae for salmon aquaculture is being planned in the US.

A commercial facility for producing omega-3 fatty acid products from natural marine algae for salmon aquaculture is being planned in the US.

A new company, called Veramaris, formed out of a joint venture between Royal DSM and Evonik Industries, will build the facility.

The joint-venture company will be based in the Netherlands but the facility will be built at Evonik’s existing site in the US. It is expected to start producing omega-3 fatty acid products in 2019. The initial annual production capacity will meet roughly 15 percent of the total current annual demand for EPA and DHA by the salmon aquaculture industry, the companies said.

The firms claim that their alternative omega-3 source is the first to offer both EPA and DHA and will be aimed at initial applications in salmon aquaculture and pet food.

“The algal oil from DSM and Evonik means that the vision of salmon farming without using fish-based resources is, for the first time, becoming realistic. By replacing fish oil in salmon feed with this EPA- and DHA-rich alternative, the fish-in-fish-out ratio could be reduced significantly. This alternative will enable the aquaculture industry to continue to grow sustainably,” they said in a statement.