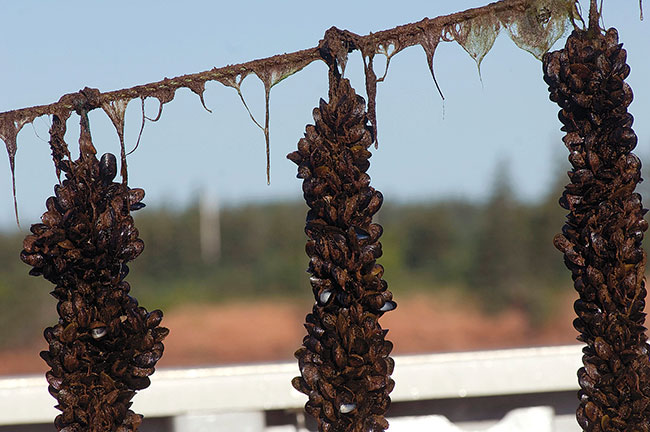 Mussel farming is heavily dependent on ropes that could end up as marine debris during big storms Credit: CAIA

Researchers in the European Union are working on developing biodegradable rope for the aquaculture industry.

Their aim is to replace ropes currently used in aquaculture, which “are nowadays manufactured with 100 percent non-recyclable plastics,” said the group behind the project called, “Biogears.”

They said biodegradeable plastic is currently used in the industry but it represents only about 1 percent of the 335 million tonnes of plastic produced annually. “The Biogears project will develop biobased ropes that, although durable and fit-for-purpose, still biodegrade in a shorter time and can be sustainably managed by local composting facilities.”

While the resulting product is aimed at the European aquaculture sector, it will be a much-needed innovation for the rest of the world. Mussel growers are particularly heavily dependent on ropes, which could end up as marine debris during big storms.

Project coordinator Leire Arantzamendi said Biogears hopes to make mussel and seaweed production more eco-friendly. “We will generate three rope prototypes with a highly reduced carbon footprint along the whole value chain. The aim is to develop these as marketable products, whilst minimizing the potential of aquaculture to generate marine litter or release plastic to the sea,” she said.