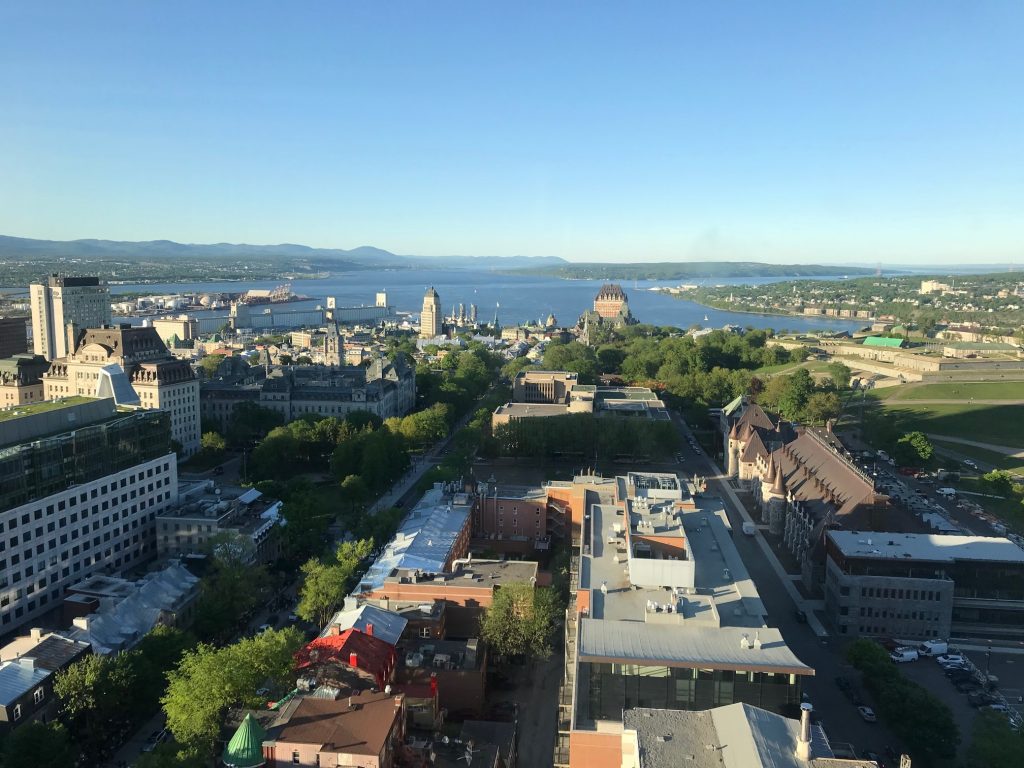 The beautiful city of Quebec hosted 250 delegates to Aquaculture Canada 2018. The annual conference concluded on Wednesday

Organized by the Aquaculture Association of Canada (AAC), the three-day conference was held under the theme “Aquaculture Innovation for Sustainable Future.”

Day 1 keynote speaker Dr Alison Van Eenenaam of UC Davis Department of Animal Science talked about the importance of genetics in promoting sustainability. A cattle breeder by trade, Van Eenenaam discussed the use of genetic editing, also known as precision breeding, to improve sustainability in the cattle industry. The carbon footprint of a glass of milk today is one-third of what it was in 1944 because of breeding innovations via genomic selection, she said.

She suggested precision breeding can also be used to improve yields in animal protein production. “Aquaculture will be number two in the projected increased demand [for protein] in the developing world in the next 20 to 30 years. The choices are to increase the number of animals [fish] or make the animals more productive,” she said, adding that it will be easy to do precision breeding in aquaculture “because fish has eggs.”

As in other major industry conferences recently, public perception of aquaculture was a trending topic. “We are in a messaging war,” said Day 2 keynote speaker Andrew Gruel, head chef and CEO of Slapfish, a restaurant franchise serving sustainable seafood across the United States.

He noted how US consumers know that salmon and other seafood are the healthiest protein, yet Americans consume only 16 lbs of seafood per year compared to 60 lbs of chicken and 60 lbs of beef. Answering his own question regarding why US consumers are “confused about seafood,” he said consumers are faced with a barrage of messages about farmed fish being “a bad thing.” He suggested tapping the power of social media but cautioned that content has to be “real, authentic and drool-worthy.”

“We need to educate everybody, not change behaviors,” said Gruel. “Let’s take what we know and communicate in this war on messaging. What we can do is to spread the word in small groups. If everybody can agree on one thing in this room, we tweet the same thing with the same hashtag, hundreds of people will see it,” he suggested.

Tim Kennedy, executive director of the Canadian Aquaculture Industry Alliance, an AAC member, also encouraged participants to communicate about aquaculture and sustainability in aquaculture. “We know sustainability means increasing transparency, building on the good record we have and consistently doing better. Continue to draw back to the big picture and why you got involved in the sector. You have great capacity to become ambassadors; you can speak effectively about the sector and for each other,” Kennedy said.

A packed room during each session on recirculating aquaculture systems (RAS) validates the emergence of the technology as a potential solution to some of the industry’s challenges. Bill Robertson, president of industry consulting firm ReThink Inc discussed the merits of small-scale RAS (defined as less than 400 tonnes). “RAS systems do not have to be very large to make sense economically,” he said, but stressed that the operator “needs more than just technology.” “Access to the right information and supporting infrastructure is critical,” he told the audience.

His colleague Daniel Stechey talked about the essential elements of RAS design and management. Stechey acknowledged the industry is “not there yet” in terms of seeing efficiencies in RAS. “Unlike in traditional production systems and in net pen aquaculture, there is a lack of standardization in land-based aquaculture,” he said. To get the technology to move forward, “as a sector we need to get over the inconsistency in land-based aquaculture because it hinders the sector’s growth, creates confusion and inefficiency.” Asked during the Q & A who would work on that standardization, Stechey said the industry will naturally gravitate toward the most efficient.

The event also provided attendees a platform to socialize and network. At the gala dinner on the last evening of the conference, industry leader and Guelph University professor Rich Moccia was awarded the Lifetime Achievement Award for helping shape the Canadian aquaculture industry with his aquaculture research and outreach, and for inspiring young career professionals through his teaching and mentoring. The industry veteran advised the young generation of stakeholders in the room that evening about taking chances. “In aquaculture, whatever path you take, you never know where it’s going to end up or what kind of challenges you’ll face. My advise to young people would be to take every chance, take a risk, pursue things because it will fill your passion. If you do that you will never go wrong,” he said.