Remote audit will remain a vital tool in certification post-COVID 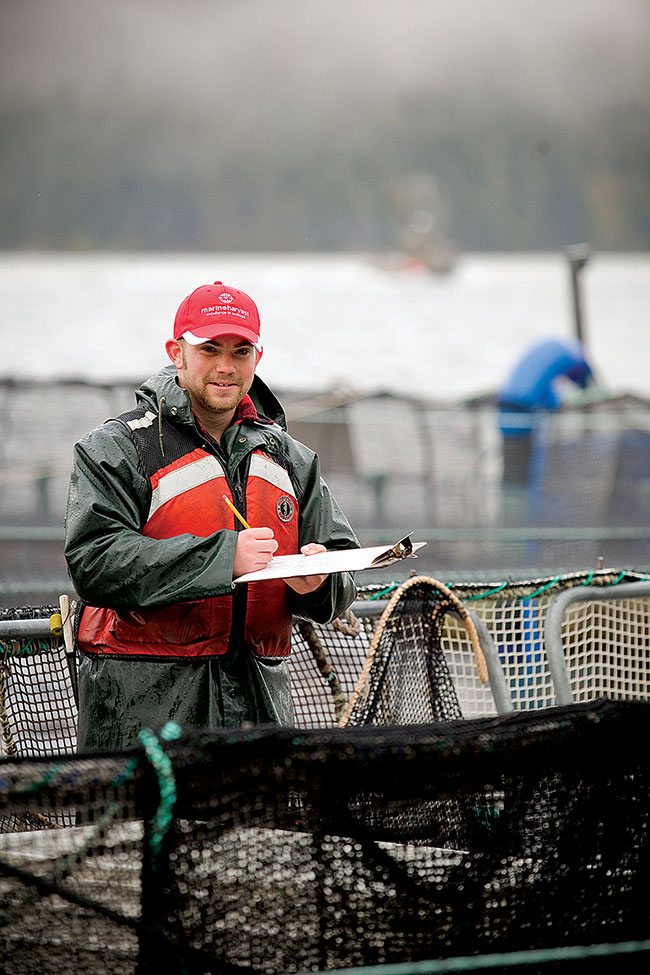 Walking around the farm to see the entire operation is something that auditors miss, but they say remote audit has benefits too Photo: BCSFA

More than a year since COVID-19 curtailed global travel, experts at a recent SeafoodSource panel say remote audits has become an important tool in the certification toolbox – and it could grow even more valuable in the months ahead.

“We have learned a lot of things due to COVID, including the realization that we do not always need to travel,” says Antonio Hervás, program manager for Assurance Service International (ASI), which offers MSC and ASC accreditations. “We learned that we could reduce our [environmental] footprint. We can be greener.”

To date, about 30 percent of ASI’s audits have been conducted remotely, either fully remote or partially. “There was a lot of remote auditing during the past year, although mainly in certain countries and species such as salmon in Canada, Chile Norway, and the United Kingdom, and shrimp in Honduras and India,” says Efrain Calderon, ASI’s lead assessor for ASC farm and chain of custody (COC) certification.

Best Aquaculture Practices, which has certified close to 3,000 facilities in 39 countries, also pivoted to doing some audits remotely and saw significant time savings in the process.

“A lot of time is wasted on an onsite audit with the auditor asking for what they want to see,” explains Gregory Brown, senior vice president, operations and strategic development at BAP. “Remote auditing forced us to help the facilities to find, curate and provide the documentary evidence quickly to the auditors. Everybody ends up much more focused in the audit.”

Efficiency isn’t the only benefit. “The first thing that farmers pointed out to us immediately was the cost — we were amazed that we were reducing about 30 percent of our cost with remote audit,” says ASI’s Calderon.

However, not all aspects of the certification process lend themselves to remote audits. Libby Woodhatch, executive chairman at MarinTrust Ltd, which certifies fish processing plants, warns that complex details may not always be captured via Zoom.

“The fish-assessment component of our standard is much easier because so much of it is done by looking at your scientific documentation,” Woodhatch observes. “There are components we can capture through this screen sharing and doing exactly as they would do inside the plant, but it’s the walking around, seeing your operation and having those other conversations that we’re missing.”

Panel members agreed that assessing a plant or farm’s social accountability — typically done through staff interviews — may be more easily done in person. Setting up Zoom interviews can be challenging for larger operations with many workers, or in offices where meeting facilities are limited.

However, it’s not an insurmountable hurdle. “The trick is to figure out how to make the interview process robust by using the ICT tools that you have,” says Brown. One way is to empty out a room of all people except for the IT person facilitating the interview, and the worker. The worker is also asked to sit with their back to the door to protect their identity and discourage unwanted visitors.

The documentary evidence provided by a company can also hold clues to its corporate accountability, says Brown.

“If there’s gaps in the documentary evidence, that’s a good indication of where the problems may be. The auditor’s responsibility is to arm themselves with as much pre-knowledge of the situation so that when they get in that interview, they can ask the appropriate questions that can follow those audit trails.”

Brown at BAP emphasizes the importance of using the right communication tools to make remote audits as effective as they can be.

“The pathway is going to be how do we make the most efficient use of the communication tools that we have. In a way, the old way of auditing was a bit antiquated. The auditor would arrive having done a modicum of pre-work. Because of remote audits, we found that the key to a good audit is doing the prep work well.”

Notwithstanding some of the drawbacks and growing pains, most in the industry believe partial or fully remote audits are here to stay.

“I don’t think we’re going to go back to how it was,” says MarineTrust’s Woodhatch. “I think we’ll end up with some sort of blended model, where you can do particularly surveillance audit remotely, but [still have] in person audit as well.”

Calderon and Brown agree, and Brown added: “It’ll probably end up some sort of a blended [process]. Maybe it’ll be more documentary evidence provided upfront before the audit rather than the auditor just walking in and saying, ‘Show me your paperwork.’ That’s going to create a more efficient world.”

Related
Bracing for COVID-19
Lessons from a pandemic: We need domestic aquaculture as never before
Salmon farmers poised to be part of post-COVID recovery
Beyond resilience
Women
More Women Stories
Editor’s Picks