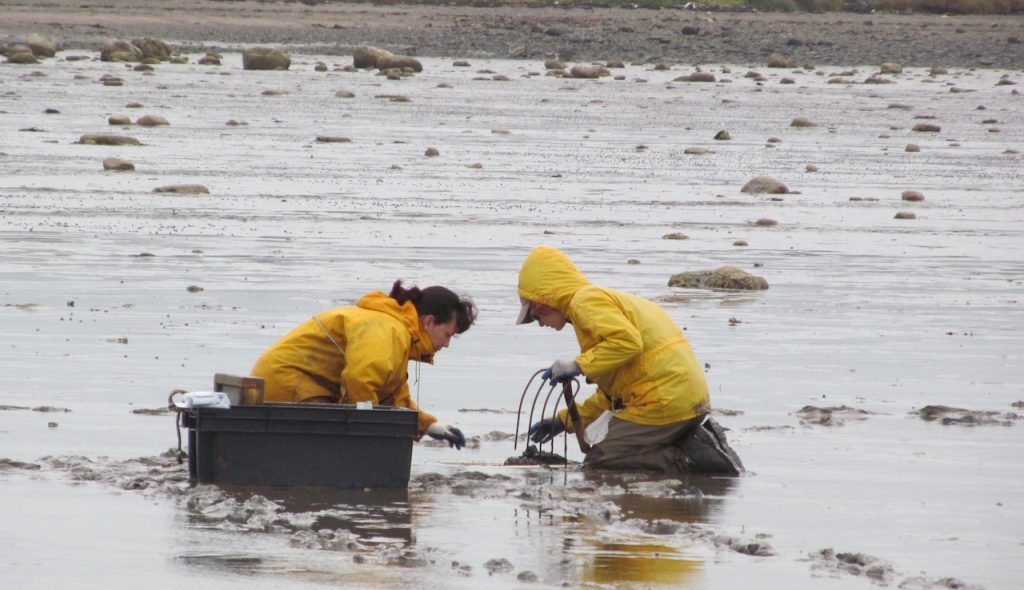 Due to difficulty attracting and retaining workers, traditional harvesting by hand is not seen as a sustainable practice for developing clam aquaculture in Nova Scotia. A research effort was undertaken by the Canadian Department of Fisheries and Oceans (DFO), co-funded by Innovative Fisheries Products and the Aquaculture Collaborative Research and Development program, to investigate the ecological effects of mechanical clam harvesting in the area of St. Mary’s Bay.

Landry, a research biologist with DFO’s Gulf Region. “We’ve been talking about it for years, but it’s far behind the other forms of shellfish aquaculture that we have, such as mussel or oyster aquaculture. We’re looking at all the bottlenecks that could be slowing the development of this activity.”

“The main objective of our work was to see if we could detect any major difference in the health of the environment or the site that’s used for aquaculture or harvesting in comparison to traditional harvesting methods like hand harvesting, and also natural variation,” says Landry.

Landry says that previous research efforts into the effects of mechanical harvesting had been carried out on the west coast of Canada without detecting any undue risks. The environmental situations on each coast are significantly different, however, and warranted additional research. Industry wanted to see some results before potentially putting their operations at risk.

Landry’s team compared a site using mechanical harvesting equipment, a site using traditional manual harvesting, and a control site without any aquaculture operations. At each site, they investigated the condition of the sediment, the water characteristics, how much debris was getting into the water column, the pH and organic content of the sediment and the flora and fauna associated with each site.

“We did this in repeated fashion to make sure that we could understand the variation that was occurring,” says Landry. “What we found in the end was that we could not detect any differences between the sites that had been harvested mechanically and by hand, or even when compared to the control site. The change that we can detect from mechanical harvesters or from hand harvesting is not different from the natural variation that we would find in the control site.”

Landry says that, with the final report delivered, work is underway on a peer-reviewed article covering the project and its findings.