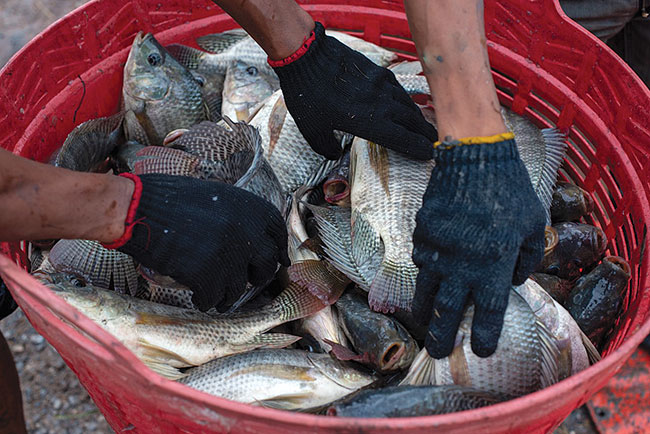 Selective breeding to produce tilapia strains resistant to the tilapia lake virus (TiLV) may be one way of limiting the spread and economic damage of the disease.

Scientists from the University of Edinburgh’s Roslin Institute, non-profit research group WorldFish and University College Cork’s School of Biological Earth and Environmental Science arrived at this conclusion after studying 1,821 genetically improved farmed tilapia (GIFT). They put the GIFT tilapia – a strain that grows faster than conventional tilapia and widely farmed worldwide – in a pond that had an outbreak of TiLV then analyzed their genes.

The tilapia, which were from 124 families, showed a variation in survival. Some family groups had no deaths, while other groups saw a 100-percent death rate.

The findings have promising implications for protecting stocks of tilapia from the virus, which causes up to 90 percent mortalities. The virus was first detected in the US in 2019, roughly five years since it was first detected overseas.

“Tilapia Lake Virus poses a real problem to fish farmers worldwide, impacting on the livelihoods and food security of millions of people. This research is the result of a long-term collaboration between Roslin and WorldFish (source of the GIFT strain), and is the first step to breeding tilapia strains with improved resistance to the virus,” said Professor Ross Houston, co-author and Personal Chair of Aquaculture Genetics at the Roslin Institute.