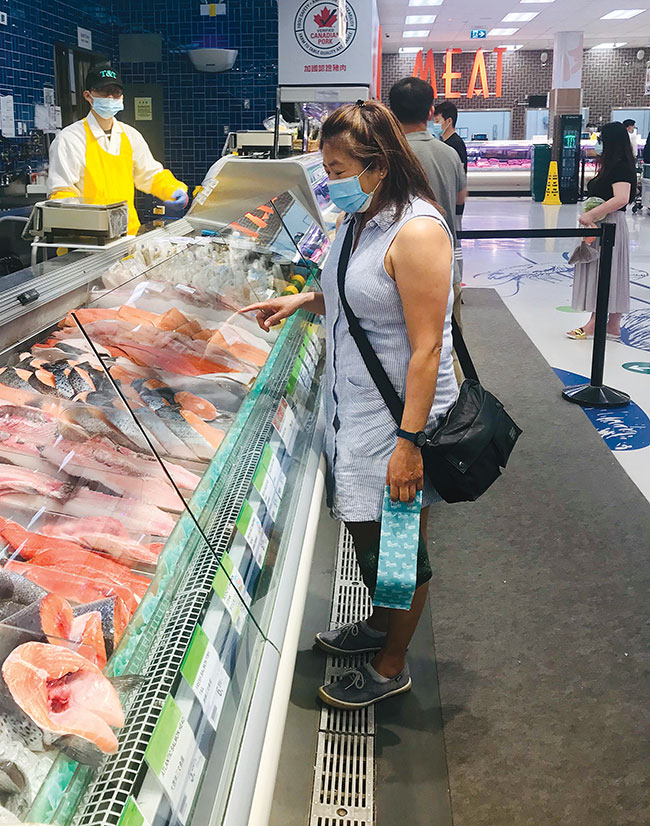 Results of a study into the nutrient content of salmon available in Canadian stores could help consumers in their purchasing decisions Photo: Liza Mayer

A study into the nutrient content of various species of salmon available to Canadian consumers has yielded unexpected results, some of which may help dispel misconceptions about farmed salmon.

The results showed it is the species of salmon that makes the biggest difference in nutritional quality, not whether it was farm raised or wild caught, says lead researcher Dr. Stefanie Colombo, an assistant professor of Aquaculture at the Dalhousie’s Agriculture Campus.

“I was surprised by a few things. I thought I would see more similarities within the wild salmon group (Sockeye, Chinook, Pacific) and within farmed salmon group (Atlantic and Chinook), but the results did clearly show that salmon types are different – again, which implies their diet and environment. I suspected that there would be differences, since salmon are not just ‘salmon’, different species have unique nutritional composition.”

Farmed Atlantic salmon has the highest protein among the farmed salmon, a higher EPA/DHA content than its organic counterpart, and the lowest mercury content among all types studied. It is also the most affordable at CAD$12.49–15.25 per lb ($9.34-$11.40 per lb) at the time of the study.

Colombo believes there is an opportunity for producers to reach out to consumers through marketing, labeling, social media or pamphlets at the supermarket to provide important information on the nutritional value of farmed Atlantic salmon. 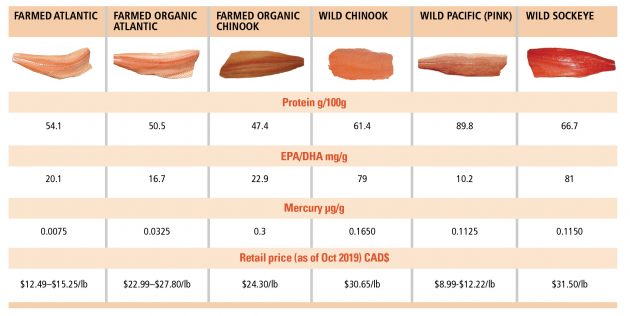 “For example, consuming EPA and DHA that is rich in Atlantic salmon fillets is linked to improved cardiovascular and neurological health, the development of visual capabilities and brain development in fetuses, and has anti-inflammatory properties. So being able to provide a label such as ‘excellent source of EPA and DHA for heart and brain health’ could be a helpful label for consumers in deciding what to buy for dinner.”

On the part of consumers trying to balance nutrition and the family budget, farmed Atlantic salmon may be the most convenient and affordable option, especially for consumers who regularly include salmon in their daily meals, Colombo added.