Similarities between the two should be embraced, urge industry execs 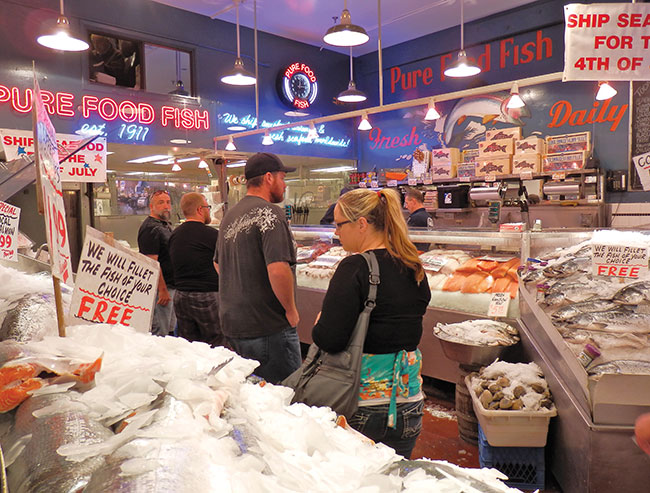 The seafood sector should be promoted as a whole because farmed versus wild arguments are counterproductive.

This was the takeaway from the online discussion panel titled “Come together: Uniting the wild & farmed seafood sectors” hosted by the Global Aquaculture Alliance (GAA).

“The two are interconnected,” says GAA president George Chamberlain. “Sometimes issues from one can boil over to the other. For example, marine ingredients in aquaculture feeds are coming from wild capture fisheries. Aquaculture took some heat when there were problems with social issues on fishing vessels in the Gulf of Thailand that were related to the production of fishmeal. One issue can really hit everyone in the supply chain and we all need to work together.”

Brian Perkins, Marine Stewardship Council regional director for the Americas, said lack of awareness is part of the problem. “The consumer is not educated, they’re confused. And what happens when they get the negative message [the attitude] is ‘well, I’m not sure if I’m supposed to eat this fish or that fish.’ So they just end up eating no fish.”

The panelists concurred that unified messages are stronger. Linda Cornish, president of the Seafood Nutrition Partnership, said the public health message is a good place to start. There are a lot of positive health messages both sides can work with in order to get everybody eat more seafood, she said. “If every American ate seafood twice a week, we need 26 lbs of seafood per person per year.”

Chamberlain emphasized that while the discussion was focused around doing away with the contentious debate between the two sectors, continued competition between farms and wild fisheries is healthy and encouraged.

“We’re not proposing that everything be considered equal and that the differences that exist are ignored or perhaps price advantages abandoned,” says Chamberlain.

“In the early days of aquaculture it was a tiny, niche product and it often commanded a higher price than wild catch. Now for several of the major species like shrimp, salmon and tilapia, aquaculture is the mainstream and wild catch is the niche. And wild catch now demands a premium. And I think that’s okay. Although we want to work together and we want to talk in terms of seafood, I think it’s still fine to have some differentiation in the marketplace but I don’t think it means fighting each other.”