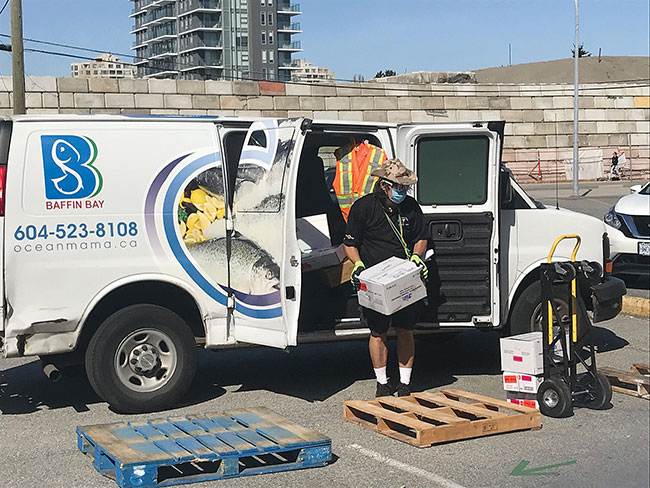 The COVID-19 pandemic has affected aquaculture like any other but there’s one industry sector that’s seeing business go up: seafood processing.

With the restaurant and catering markets mostly closed, aquaculture producers have shifted some products that were destined for those markets toward retail, which requires additional processing.

“Retail sales are stable and, in some cases, actually increasing as families are looking for healthy meals to cook at home and new meal ideas,” says Shawn Hall, spokesperson for the British Columbia Salmon Farmers Association (BCSFA). “That doesn’t make up for the decline in restaurant sales, but it helps.”

British Columbia-based processor Brown’s Bay Packing is somewhat isolated from much of the market impact because its role is in the very early part of the supply chain of Cermaq and Grieg Seafood. What weighs on the company’s operations and bottom line are the costs involved in implementing new safety measures and in expanding its workforce so it could schedule shifts further apart.

“We’re two months in, we haven’t had enough month-ends and profit/loss analysis. It will impact our bottom line but I can’t tell you yet if it is 20 percent or 10 percent,” says co-owner and managing director David Stover. 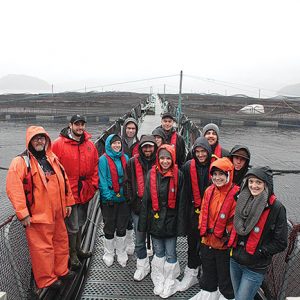 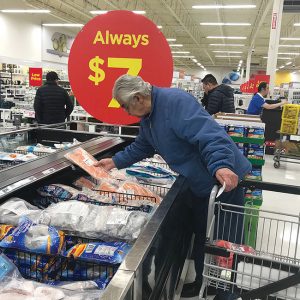 US sales of frozen and canned seafood rose 37 percent between mid-March and April compared to a year earlier Photo: Liza Mayer

“There was a pickup in retail, but people in some cases weren’t even comfortable going to a retail location. They were looking for options,” says Bill Heuffner, vice-president of marketing and development.

The business-to-business distributor had to switch gears if it was to continue paying its fishermen and keep its aquaculture operations running. It established its own e-commerce platform and started selling fresh and frozen product directly to US consumers.

“We built the capability, we got our operations up and our distribution locations ready to fulfill these types of orders and did that in a matter of weeks,” says Heuffner. “It was pretty monumental – something we’d considered for years – but we were able to marshal the resources and make it happen relatively overnight. And we’re improving on that day to day.”

In grocery stores, while retail sales increased, so did competition as other seafood distributors also redirected toward the retail market the products that would have gone to restaurants. 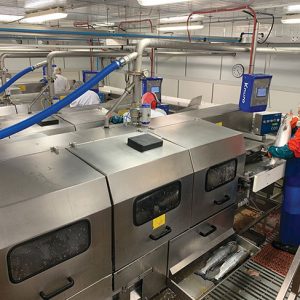 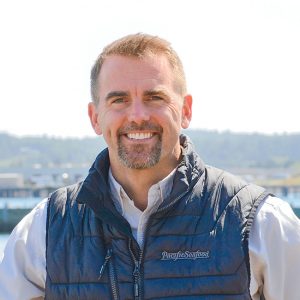 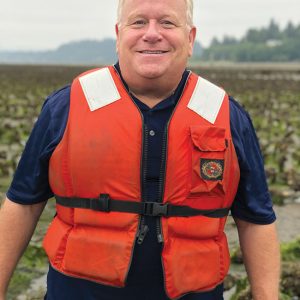 Pacific Seafood is educating its sales team so they can become ‘true partners’ and not just fish peddlers to the hard-hit food service industry, says Bill Heuffner, VP of marketing and development

Prepping for post-COVID
In this crowded market, Pacific Seafood is educating its sales team to provide more value and support to customers when businesses resume.

“This is one of those events in history that we’ll never forget and we’ll mark time by because things will be different after this. It won’t ever go back to the way it was. The companies have to be ready to be nimble, agile and change for that new norm,” says Hueffner.

“As restaurants start to reopen, [our sales team] can be more than just the fish peddler, but actual consultants to help the restaurateurs and our partners in that segment of the business come out of this,” he continues. “It’s not going to be easy and they’re going to need real true partners, not just sales people pitching their products.”

For Brown’s Bay Packing, the new working conditions, such as shorter shifts, have actually been beneficial.

“When we ran four or five days a week, 10-12 hour shifts, we didn’t get a response from female job applicants. We’re getting good response now,” says Stover.

He hopes the new measures will lessen the impact of seasonal cold and flu on the workforce. The workplace changes at Brown’s Bay Packing will likely stay even after the pandemic because of the benefits.

Hall says that is also likely going to be the case for the other association members who have implemented similar measures.

Meanwhile, Canada’s federal government has allocated $62.5 million for aid to seafood processors. Prime Minister Justin Trudeau said that funding could be used to buy equipment, such as freezers or storage space, to help them adapt to the changing market.

Hall expects some of the BCSFA’s membership to apply for aid.

Stover was initially disinclined to apply for the aid because there are companies that are suffering much more than Brown’s Bay Packing. However, there is one potential avenue that interests him: automation.

“There are pieces of equipment that we could acquire that would allow more physical distancing. It would make the work less rigorous, safer. That will appeal to not just the young workers, but also to mature workers,” he says.