California-based Seafood Watch has elevated the rating of Atlantic salmon farmed in British Columbia from “avoid” to “good alternative” due to improvements made in the farming of the species, but a Canadian seafood watchdog disagrees. 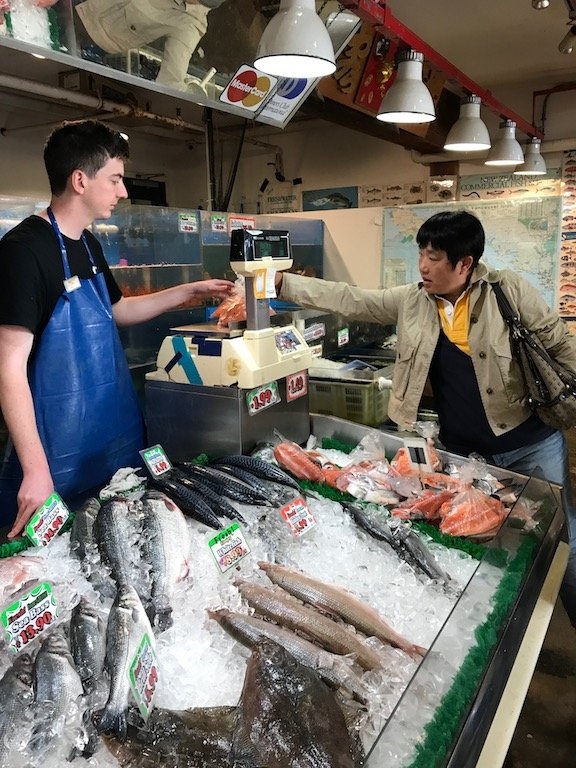 At the core of the disagreement is the issue of sea-lice transfer between farmed Atlantic salmon and wild salmon populations in BC.

The Seafood Watch program, run by the Monterey Bay Aquarium, noted that there has been an increase in independent, transparent, peer-reviewed data on the subject of disease transfer between farmed Atlantic salmon and wild salmon populations in BC. There were also improvements to the effluent, habitat, escapes and introduced species criteria, it noted.

However, SeaChoice — a coalition of Canadian environmental groups — disagrees with the upgrade and with the conclusion about sea-lice transfer.

“We disagree with the conclusion that disease and sea lice from BC’s farmed salmon have no population-level impact on wild salmon,” said Karen Wristen, SeaChoice steering committee member from Living Oceans Society. “We don’t see conclusive scientific evidence in the report to justify the ranking change. Peer-reviewed science indicates significant concerns remain in this respect.”

The BC Salmon Farmers Association (BCSFA) said Seafood Watch’s upgrade is based on initial results from the Pacific Salmon Foundation’s Strategic Salmon Health Initiative and other research, which state that although a level of concern is warranted, there is currently no evidence that there is any impact from salmon farms to wild salmon.

“BC’s farming practices have been singled out by Seafood Watch as world leading. This is an important acknowledgement of the work salmon farmers in BC have done to increase their environmental performance and increase the transparency of their operations,” said Jeremy Dunn, BCSFA Executive Director.

“There remains work to be done,” Dunn acknowledged, “and our members are committed to leading the world in environmental practices, evidenced by their record in achieving the standards of audited third-party certifications.”