Shellfish growers in the United States are seeking to have an antiquated law amended to protect them from potentially crippling lawsuits. 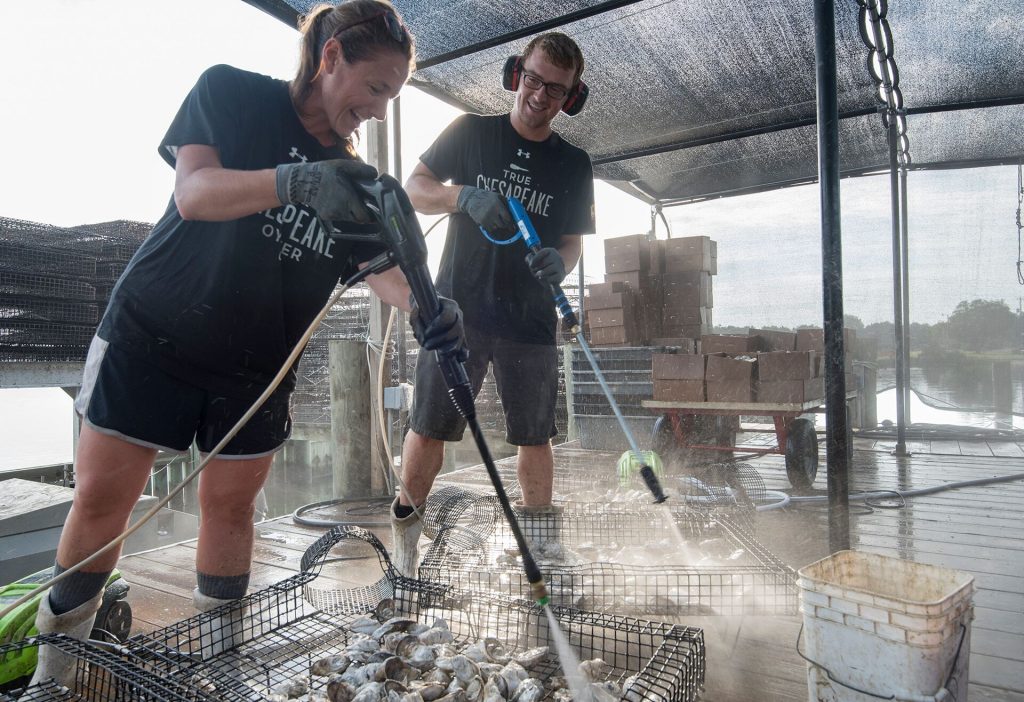 Are these shellfish workers ‘seamen’? A bill submitted to the US Congress hopes to address the gray area and have aquaculture workers exempted from the Jones Act.

The federal law that regulates maritime commerce in the United States, the Jones Act, deals mainly with “cabotage,” for instance how much US steel needs to be in a US-flagged vessel and tariffs on non-US-flagged vessels transporting good between states. But a little-known provision of the law is the insurance aspect revolving around how employers deal with injured seamen.

While the definition of “seaman” has been established in a Supreme Court decision a few years ago, that definition is open to interpretation and the uncertainty exposes shellfish growers to lawsuits, said Bob Rheault, executive director of the East Coast Shellfish Growers Association (ECSGA). The association is leading the move to have the law changed.

“The guidance is you are a seaman if 30 percent of your time is ‘in the service of a vessel.’ But does that include maintenance workers, loaders, unloaders, painters? Is the guy who takes a skiff to a harvest flat where he spends the tide walking around in shallow water a seaman?,” asked Rheault.

“So typically you will buy a property and indemnity (P & I) insurance on your vessel in case you run over a swimmer or damage another boat, or something like that. And then you would buy what’s called a Jones Act endorsement for each seaman that’s working on that vessel. And that endorsement can again vary widely in cost from state to state. But if you go down to Florida, they tell you you’re an aquaculture worker, you don’t need it, but if you are in Massachusetts you need to buy both the Jones Act endorsement and pay into state workers comp,” he said.

Speaking at the Northeast Aquaculture Conference & Exposition in Boston in January, Rheault cited a case that could keep any business owner awake at night. “One of my members in Virginia, one of the largest clam growers in the country, was recently presented with a Jones Act lawsuit that threatened to run them out of business. A Jones Act lawsuit can come with unlimited liability – so even if you paid for $1 million in JA insurance – you are still toast if you get sued for $2-5 million. Thankfully they were able to demonstrate that the employee was drunk on the job and were able to get out from under it, but it was a real eye-opener,” he said.

Rheault noted that law, which is also known as the Merchant Marine Act of 1920, was introduced “when there wasn’t a lot of aquaculture going on.” “So we’ve been looking into the possibility of trying to get out from under this. We’ve submitted a bill (H.R. 5061 or the Shellfish Aquaculture Improvement Act of 2018) in Congress to try and exempt agriculture aquaculture workers from the Jones Act. We need a clear line. Who’s a seaman and who’s not, so we can avoid all this gray area. We need consistency around the country.”

“We think it’s very important to cut down on liability for our members,” Rheault added. “The prospect of the unlimited liability lawsuit, which is potentially crippling, is something that none of us should have to face. We believe that we’re farmers and we should be covered by workers’ comp. Our bill says that you can get workers’ comp in the state and you should not be considered a seaman if you’re an aquaculture worker.”

Rheault acknowledged that the bill’s wording needs tweaking to increase its chances of getting passed. ECSGA is now working trying to work with the Seafarers Union in developing a definition of seaman that works for them so that they can get behind the bill, he said. He also hopes to find a Democratic senator who is willing to co-sponsor the bill.