Several initiatives to clean up the most active shellfish aquaculture areas in British Columbia gained momentum recently with the “Big Beach Cleanup” held from September 23-30. 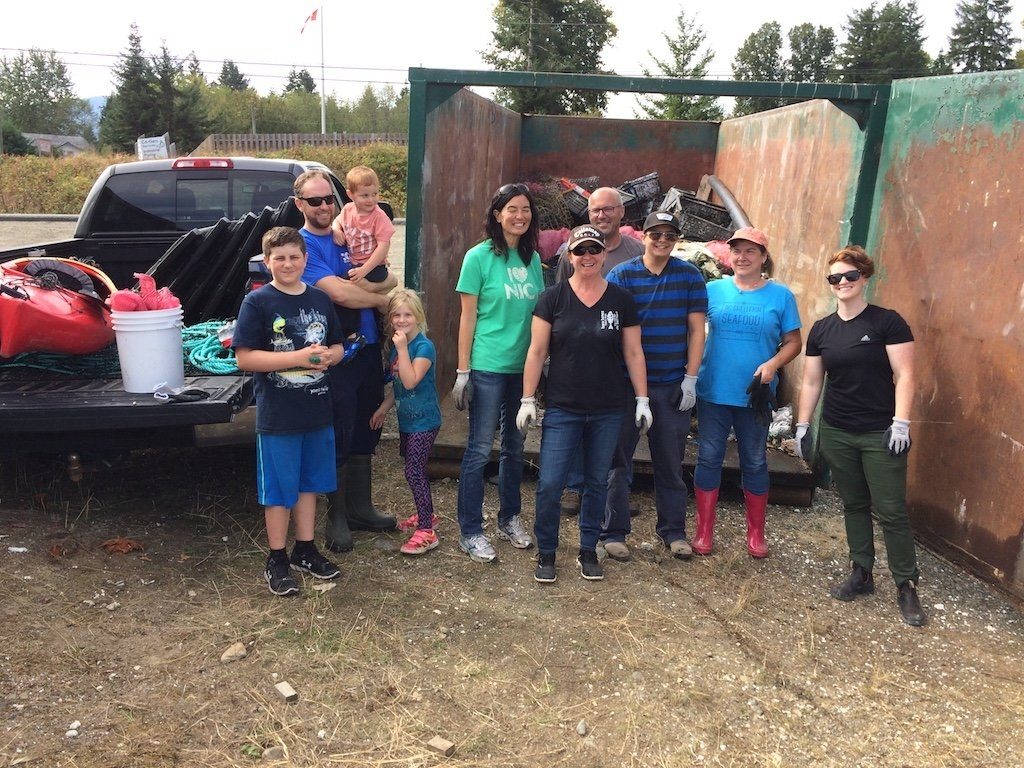 The Big Beach Cleanup spearheaded by the shellfish industry

The event, spearheaded jointly by BC’s shellfish industry, the government, and a non-profit, is in response to the challenge of cleaning up debris and gear escaping into waterways from shellfish farming operations.

“Our farmers work in a challenging environment; salt water, strong winds and currents can damage equipment or cause it to break free,” Darlene Winterburn, executive director of the BC Shellfish Growers Association (BCSGA) tells Aquaculture North America (ANA).

“This equipment is costly and the preference is always to keep it securely in place. The majority of farmers are proactive in maintaining their equipment and monitoring shorelines to collect debris (of all sorts), but there are opportunities for improvement,” she adds.

In mid-September BCSGA and Fisheries Oceans Canada (DFO) held a “Turn it in Week,” where license holders in Baynes Sound, Powell River, Tofino, Heriot Bay, Cortes Island, Deep Bay and Nanoose Bay and Lund were encouraged to bring debris from their farms to a labelled bin at one of the designated sites for disposal.

“Everything was done on a voluntary basis and the response was very positive. Each site had a ‘lead’ who volunteered to answer questions, monitor the site and, generally, oversee how things were going at the location,” says Winterburn.

She says ‘Turn it in Week’ was a one-time event intended to give folks a helping hand. “But we will be assessing all events to evaluate their effectiveness and to determine how we can move forward,” she adds.

The non-profit Association for Denman Island Marine Stewards (ADIMS) has a 13-year history of beach cleanups on Denman Island. This year, its efforts merged with those of the industry and DFO’s, in what is now called the Big Beach Cleanup.

“We recovered oyster trays, but the debris we collected included a diverse range of items listed on the Great Canadian Shore Cleanup’s list, including candy wrappers, cans, bottles, household debris, fast food packaging, rope, tires, clothing, plastic bags and bottles, and cigarette butts, as well as some things that were less expected – remnants of a sink, pieces of metal, construction material, lots of glass, porta potties, parts of boats, styrofoam, a life preserver, and so on,” says Winterburn, on the cleanup on Baynes Sound.

“It was interesting how each area varied so differently from the next in terms of what we found. Overall, I’d say the debris was a reflection of all activities that use and have used the water, and the highway, over the years.”

On Denman Island, ADIMS reported after the September cleanup that over 90 percent waste collected primarily from the western shore of Denman is debris from the shellfish industry.

Marine debris an unfortunate reality for shellfish growers, Winterburn says, thus the same working committee behind the cleanup initiatives is also exploring alternatives to old farming practices, including using “more durable flotation systems that are less likely to blow apart during storms.” “There are no findings yet, but we are looking for and sharing information with members as it becomes available,” she says.

Given the costly farm implements, the focus of the cleanup was “reuse, recycle” what was found, wherever possible, she adds. “We gave members who pitched in with their time and labour first opportunity to reuse equipment we found. ADIMS allowed anyone access to reusable items on September 30.”

Asked whether the Big Beach Cleanup will be a regular event, Winterburn says the BCSGA, DFO and ADIMS will be doing assessment post events.

“We will see where it goes from here. We shall see. Industry has always done informal cleanups in Baynes Sound,” she says.