Features
Slowly does it

Scallop aquaculture is slowly but steadily growing in Maine 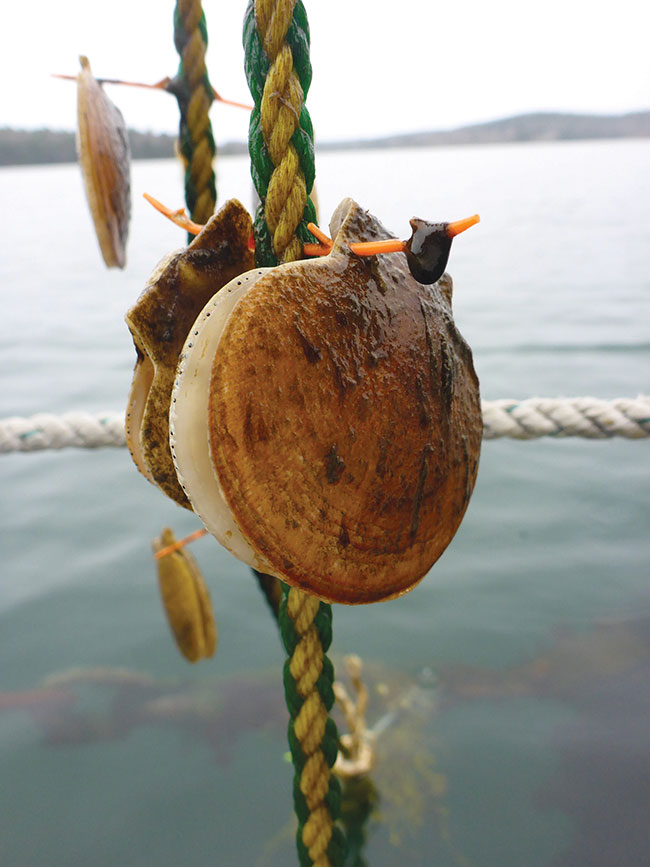 Today, there are 32 active leases that are approved for scallops in the state (with three more pending approval), up from 17 leases five years ago. Though few of those leases are in commercial production, there is a growing interest.

A factor behind the scallop sector’s measured growth may be its relative newness in the state and farmers are still trying to find their footing.

One farmer has placed his cages in extremely deep water to reduce biofouling – a technique Morse says is established elsewhere but is still in experimental stage in Maine.

Morse hesitates to call that technique a potential game-changer for the sector, but it could be an important consideration for someone thinking about entering the industry.

“Labour is definitely a strong economic component of overall cost,” says Morse. “And of labour, dealing with biofouling is certainly a big component.”

Other scallop farmers are exploring the economic viability of selling only the scallop’s adductor muscle instead of the whole animal which would save money on toxicity testing. But as these are fairly new efforts, Morse says that it is “anybody’s guess” whether they will be successful or not.

In Morse’s view, the only thing crucially needed for the sector to grow is time – for scallop farms to find their footing and see if it can be a profitable venture.

“If we can work incrementally on the problems, then the growth will take care of itself,” says Morse.

In advancing shellfish aquaculture at large, more could be done in educating people interested in getting started in the industry, suggested Jonathan Turcotte of Glidden Point Oyster Farm.

“The state is generally very supportive and has a good leasing system” but educating potential farmers, for instance on how to finance a new farm would help. Some don’t even know how to access funds that may be available for startups, Turcotte said.

“I think more can certainly be done to help support that side of people’s businesses who may be great owner/operators of farms but not necessarily have the financial or business savviness to navigate some of those long term, high capital-intensive operations that aquaculture typically is.”