Offshore is the most promising option for expanded sustainable seafood production in the United States but ‘smart policy’ is needed to advance it, according to a new study. 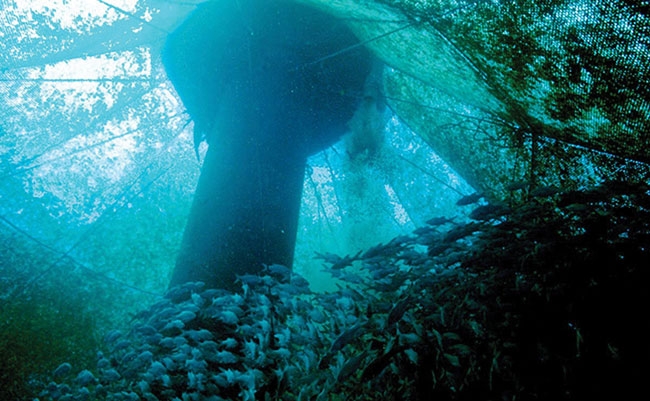 The study, Opinion: Offshore aquaculture in the United States: Untapped potential in need of smart policy, said less than two percent of the US exclusive economic zone is needed for offshore finfish aquaculture development in order to produce the country’s current seafood requirements.

But “the US needs a “more unified policy framework that specifies how permitting will work across agencies and jurisdictions, while creating clear and rigorous standards to protect ocean ecosystems and other ocean uses,” said the authors.

“Scientifically informed, proactive spatial planning should drive this process by identifying prime locations for aquaculture development—locations that will be productive and profitable while minimizing negative environmental, social, and economic impacts,” the authors said.

They defined offshore aquaculture as typically referring to farming beyond the near-shore and inshore coastal zone, with waters that are more than 20 meters deep.

Spatial planning could include pre-permitting for locations, for example, conducting site or regional environmental impact assessments rather than the permit-by-permit approach currently used. This, the authors said, will boost efficiency and cut costs. Part of spatial planning is analyzing the set of existing and projected impacts on the environment.

The US imports 90 percent of its seafood consumption, according to NOAA. The US imported six billion lbs of seafood in 2017, valued at more than $21 billion. Exports were at 3.6 million lbs valued at $5.4 billion, resulting in a $15.6-billion seafood trade deficit.