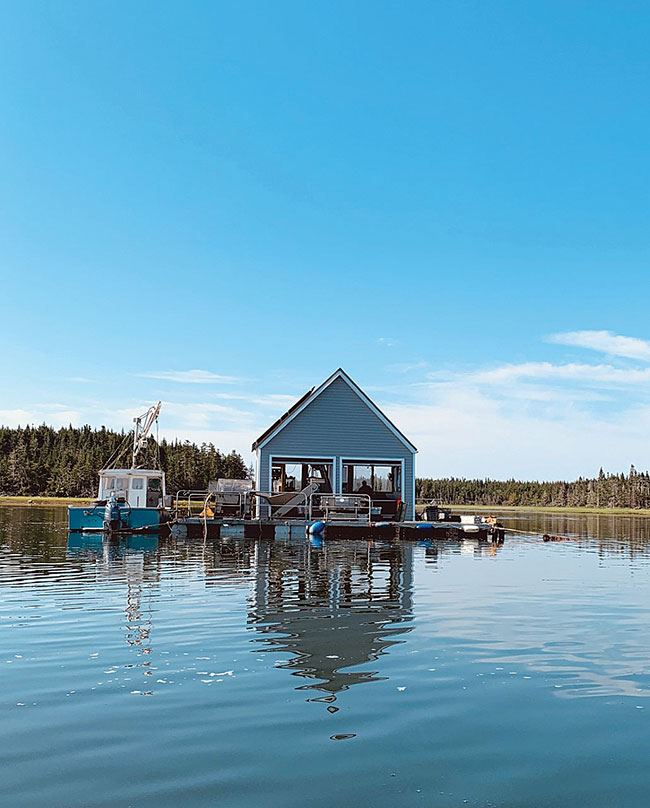 On Salt Bay, the D’Eon Oyster Co. is processing their oysters much faster these days, aided by the power of the sun as it beams down on Yarmouth, Nova Scotia.

The family-owned farm has installed a solar-powered oyster sorting machine on its barge so the oysters are already graded by the time they are brought ashore.

“We thought it would be cool if we could process the oysters on the water, before hauling them to shore. Then we came up with the idea of a barge, and then things escalated — what if we could have grading equipment on the barge?”

The D’Eons worked with a solar consultant and installed a system developed in Australia that can run for two days on a battery pack. A vision grader on the barge removes the need to measure by hand. The grader sizes each oyster and drops them into the correct bin. Similar technology exist elsewhere but need a barge five times the size of the D’Eons’ 12-by-12-foot barge. 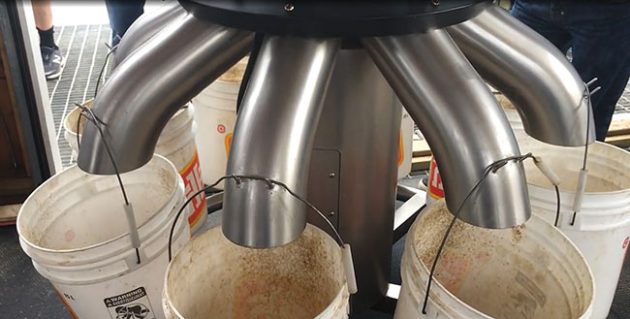 “Many vision graders are big and take up a lot of energy. We have been able to reduce wasteful processes by 25 percent, which allows us to do more with our existing employees,” says Colton D’Eon, the company’s operations manager.

They have also added bacteria-killing LED lights in their processing facility that provide an extra step to ensure cleanliness in the production area.

They have also eliminated the use of zip ties on their oyster bags, replacing them with reusable bungee cords.