Both produce similar levels of off-flavor in catfish, study shows 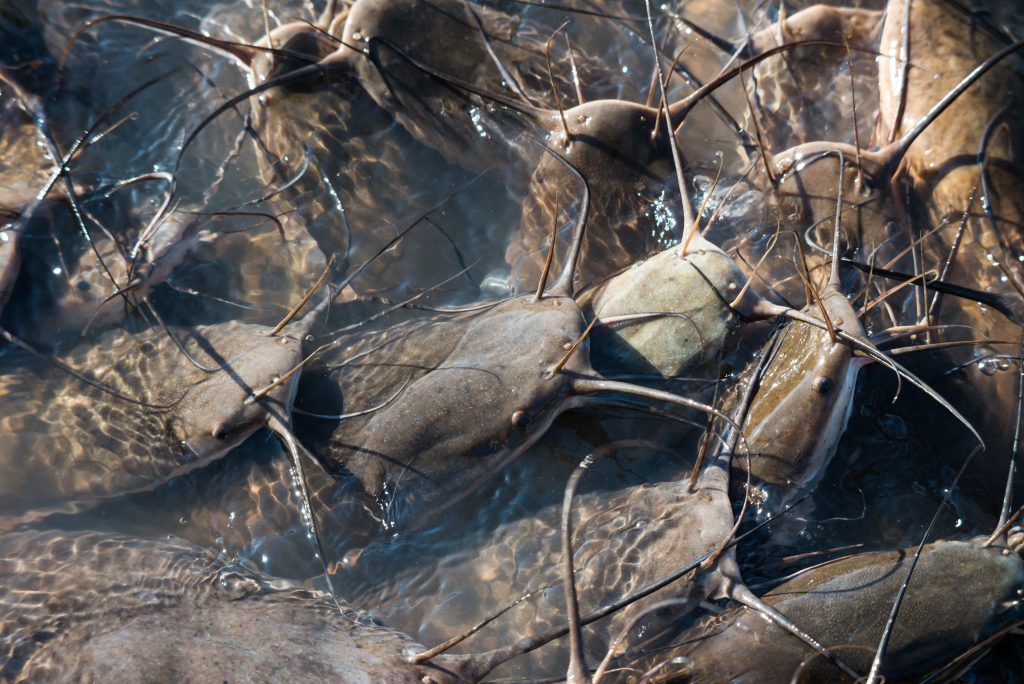 Episodes of earthy and musty off-flavor of catfish reared in split ponds are similar in incidence, timing, and intensity as those in conventional earthen ponds, a study has found.

Conducted by Kevin K. Schrader et al in Mississippi and Alabama, the study’s findings buck the popular belief that off-flavor incidence is reduced in split-ponds.

“In a practical sense, the results of this study mean that catfish farmers using split-ponds will use the same management approaches as those used for dealing with earthy and musty off-flavor problems in catfish raised in conventional ponds,” the study said.

“Most catfish producers do not try to prevent off-flavors from developing in fish, but rather they monitor fish flavor in the weeks before projected harvest, and, if fish are found to be off-flavored, they use algicides to eradicate the odor-producing cyanobacteria, which then allows fish to purge odorous compounds.”

The two most commonly used algicides for catfish off-flavor management are diuron in certain states for the control of 2-methylisoborneol (MIB)-producing cyanobacteria and chelated-copper compounds to manage other types of noxious cyanobacteria such as species producing geosmin.

“In addition, pre-harvest sampling of catfish to monitor for the presence of these two common off-flavors can be performed in the same manner used for catfish raised in conventional ponds,” the study said.

The concentration of the compounds — geosmin and MIB — in water and in the fish flesh causes the off-flavor. This frequently happens during the warm months of the year when certain cyanobacteria associated with the compound thrive.

“These compounds will rapidly bioaccumulate in the fish flesh, and off-flavor catfish must be withheld from market until they lose their earthy–musty taints, thereby causing large economic losses to producers from the costs associated with delayed harvest.”

Allowing fish with off-flavor to reach the market could lead to economic losses to the farmer as well. “Consumers don’t want to eat fish with that flavor and they won’t likely buy it a second time. An even bigger problem is that they may stop buying that genre of fish altogether,” Justin Henry, former general manager of Northern Divine Aquafarms, a sturgeon and salmon RAS in British Columbia, cited in his article published in Hatchery International.

In RAS, Henry said, the solution to off-flavor is depuration, which “requires taking your fish out of the RAS and putting them either on flow-through water or onto another water source that does not contain off-flavor compounds.”