The permitting process allowing commercial fish farming in the Gulf of Mexico has been in place for a little over a year now but no one has applied for a permit, acknowledged the National Oceanic and Atmospheric Administration (NOAA) recently. 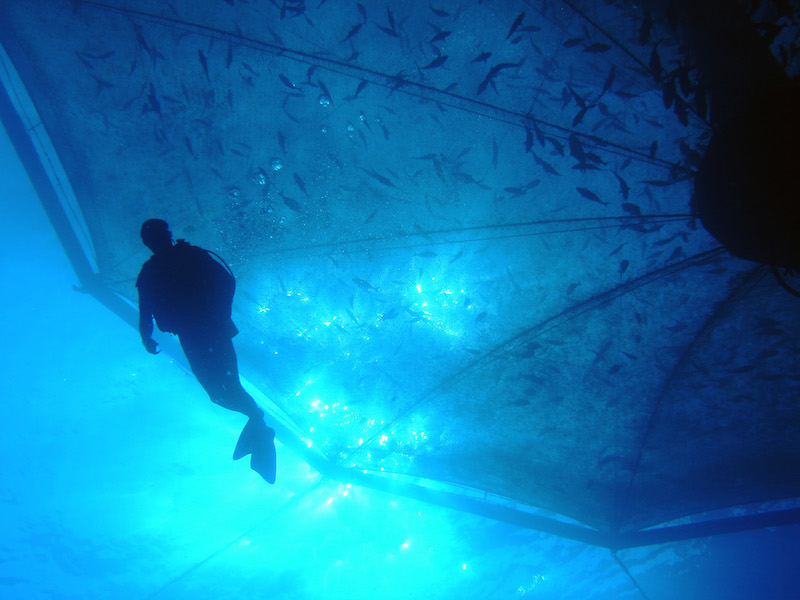 Harlon Pearce, chairman of the Gulf Seafood Institute and owner of Louisiana Fish & Seafood, raised the issue at the Federal Town Hall Meeting held at Aquaculture America in San Antonio, Texas in February.

“Nobody wants to be the guinea pig. We’ve lost lots of people to Panama and Mexico already. They couldn’t go through this supposedly simplified permitting process [in the Gulf of Mexico] because it is not simple,” Pearce later told Aquaculture North America (ANA) at the sidelines of the conference.

Michael Rubino, director of the Office of Aquaculture at NOAA and a panelist at the Town Hall Meeting, said the lawsuit that the agency is facing is “delaying people from applying.” The plaintiffs, comprised of fishing and public interest groups, argue that NOAA exceeded its authority to regulate fishing under the Magnuson-Stevens Act by including offshore aquaculture as “fishing” activity (see ANA May/June 2016, page 5).

Neil Sims, President of the Ocean Stewards Institute and co-founder and co-CEO of Kampachi Farms, told the crowd that as a potential investor, he is “intimidated” by two things: the “strident opposition from fishermen” that would be displaced by the buffer zones around the facilities where fishermen can’t go, and the “convoluted, multi-layered permitting process” involving six agencies. “No-one has done this before, and so everyone is fearful of getting tied up in an expensive process with no clear pathway to an end point,” Sims told ANA.

Speaking to the Town Hall crowd, he said: “I don’t think the lawsuit is really what is scaring people away because there is plenty of legal precedent there; decisions have been made that define pretty clearly that aquaculture is fishing, and it is my belief that it would be almost incomprehensible that a judge would overturn that at this stage.

“As a potential investor who would [consider a] move to the Gulf of Mexico, the lawsuit doesn’t scare me. What scares me is the opposition from the fishermen that will be displaced because the current rules exclude all fishing from around the permit area. And the permit area has to be twice as large as the actual farm structure. Fishermen will feel rightly feel that access is being denied to them, and for no good or apparent reason. We have talked about this at length before and I’ve pointed out that the problem is it makes it really intimidating for a project proponent. Are there moves at the Gulf of Mexico to change that, and if not, what has to happen to make that part of the rules change?” Sims asked.

Rubino said there is room to modify the regulations for fish farming. “We have come as far as we can under the direction of the Gulf of Mexico Fishery Management Council on this, but we can go back to the council to make so-called framework adjustments or even make changes to the rule. But that takes going to the council and working with the council,” he said.

On the issue of the permitting process, Sims wondered whether a “fomento” permit, which allows for up to 12 months of exploratory aquaculture, might be considered in this case. “It is a permit that lets you go out there for 12 months and have a go at it. There’s ample science out there that shows that even if you did badly, if you pull out the offending pen out of the water after 12 months, everything reverts back to its original state. And so is there some way that we can get that established as a rule, or is that something that has to come from legislation?”

Rubino said such fomento permits are issued in the state of Maine. “It would have been great if we had thought about that back in 2000 when we were putting together this fishery management plan,” he acknowledged. But he said this is something that can be considered through a framework action.

He added that NOAA has a “wish list” of things that it would like to work on with the council going forward. “There are imperfections in the system that need to go back to the Gulf council at some point to fix them. But that program is ready to go. It’s not perfect but it’s a good start. We are ready to work with the permit applicant,” he said.