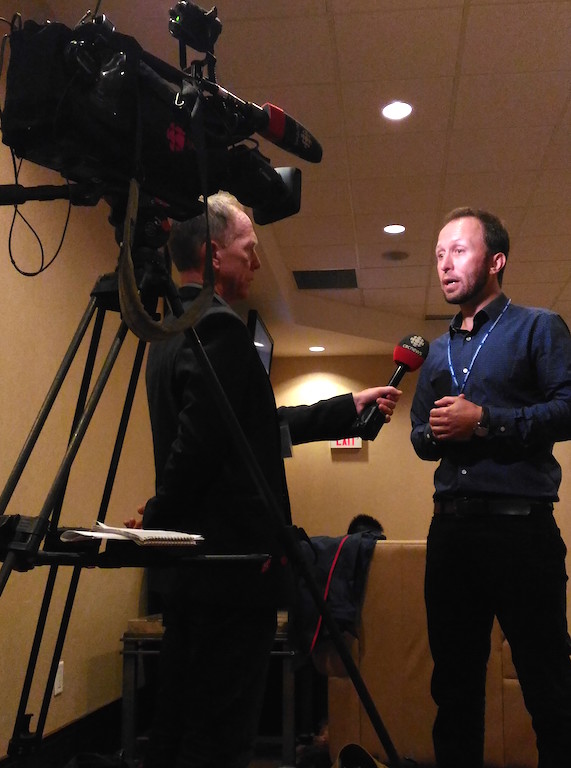 Canada’s Department of Fisheries and Oceans (DFO) says escaped salmon from farms in Newfoundland are interbreeding with wild salmon.

DFO studied thousands of fish in 18 rivers on Newfoundland’s south coast and found evidence of interbreeding in 17 of them, said Dr Ian Bradbury, the DFO research scientist who led

the study, at the Aquaculture Canada and Cold Harvest 2016 Conference in September.

CBC News reported the study found an estimated 750,000 salmon have escaped from fish farms in the province since aquaculture was introduced several decades ago. The DFO study, “Genomic tools identify the direct genetic impacts of escaped farmed Atlantic salmon on wild populations in southern Newfoundland,” will be made public within the next six to 12 months.

At the same conference, Senator Elizabeth Hubley maintained her support for aquaculture despite its potential impacts on the environment.

“It is clear that we must use caution, and consider restrictions on salmon aquaculture operations that are near wild salmon populations, particularly those with endangered or threatened status.  Reducing the number of escapes is an important step as well,” said Hubley, who represents the province of Prince Edward Island and is Deputy Chair of the Senate Committee on Fisheries and Oceans.

“But here on the East Coast, research has shown that escaped Atlantic salmon can mate with their wild cousins — and that the resulting interbreeding may reduce the new generation’s ability to survive in the wild.”

She underscored the need to carefully examine the location of any salmon farm operation “to lessen risks to wild fish and to minimize near-field and far-field effects.”