Study points to fishmeal as source of antibiotic-resistance genes

Researchers wondering why there are antibiotic-resistance genes in sediment at the bottom of fish farms that never used antibiotics or have not used them for years have found the culprit — fish food. 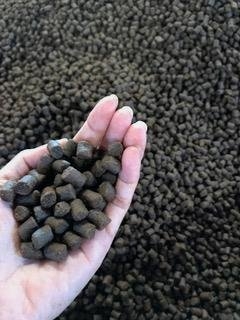 The researchers, led by Jing Wang of Dalian University of Technology in China, knew from previous reports that fish food, which generally incorporates fishmeal, can contain antibiotics. But Wang’s team is the first to measure the abundance of antibiotic-resistance genes in the fishmeal.

The researchers analyzed commercially available fishmeal and found 132 antibiotic resistance genes, some of which could potentially confer resistance to common antibiotics, they said.

Lab testing showed that the application of fishmeal to marine farm sediment samples changed the make-up of bacteria species, boosting potential human pathogenic bacteria (Vibrio species), which contribute to foodborne illnesses worldwide. It also increased the abundance and diversity of antibiotic resistance genes in the test sediments. The results suggest that fishmeal product could itself be a reservoir of these bits of DNA and could promote their distribution globally, said the study.

The researchers say more work is needed to determine if these resistance traits can find their way into the human food chain.