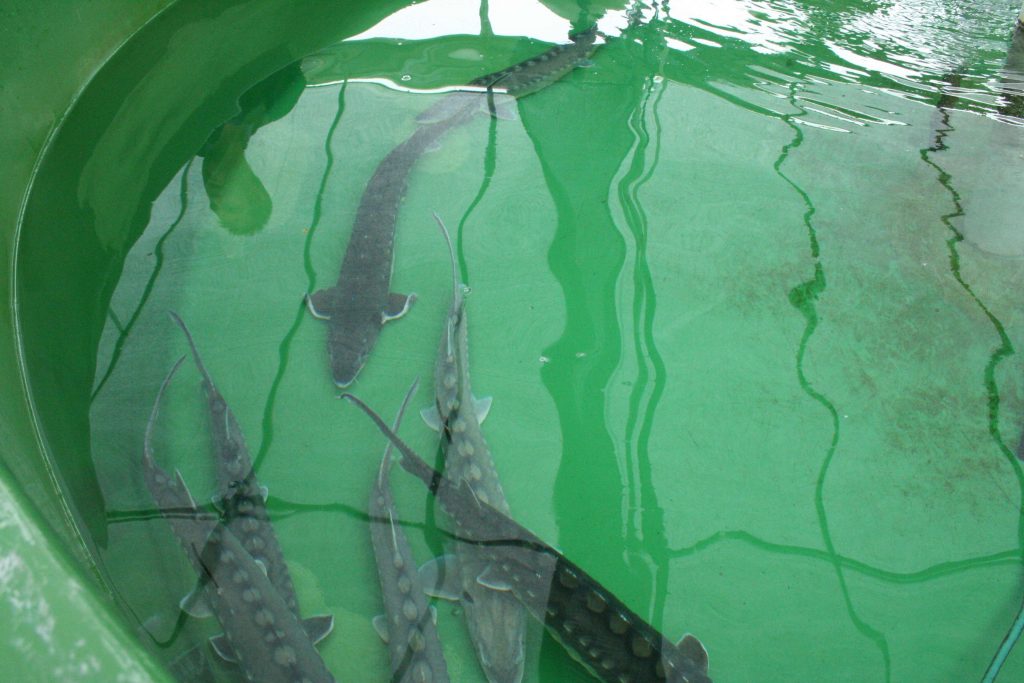 “We’ve done it with trout and salmon; it looks incredibly promising. To simplify, it looks like you can use the same amount of feed but get 20 to 25% more growth,” says Barry.

Since being awarded $50,000 from the New Brunswick Innovation Foundation, Breviro has been studying the methods to accelerate the maturation of shortnose sturgeon, including the infusion of oxygen and variations in temperature. While the company will not have the final results of their study for another couple of months, Barry says the anecdotal evidence is very encouraging.

Breviro’s study makes effective use of some sophisticated procedures. Primary among them is the ProGro2 iLS device developed by inVentures Technology of Fredericton, New Brunswick. The ProGro2 provides a way to simultaneously dissolve oxygen into water while removing dissolved nitrogen. According to Craig Glassford, Vice President of R&D at inVentures, the device creates an ideal environment for fish.

“It’s an environment which is low-stress as far as the fish are concerned and they seem to adapt really well,” says Glassford. “They seem to grow faster; they seem to convert food better.”

The ProGro2 works through microporous hollow fibers, which create a gas-liquid interface which enhances mass transfer. The oxygen in the water takes a much longer time to dissipate – far more likely to be utilized by the fish before it ever leaves the water. The key is that by removing nitrogen as oxygen is infused, the water becomes oxygen-rich while maintaining a similar total gas pressure.

“It’s like you or I start eating a meal at sea level and within minutes we are trying to digest that meal while sitting on top of Mount Everest. That’s how much the oxygen has dropped.”

Through the oxygen infusion and nitrogen removal process, fish are raised in an environment that is typically anywhere between 150 and 200% oxygen concentration. That percentage will still decrease when fish eat, but it will remain very high.

The potential benefits of this process could be significant. Foremost, increasing the size of fish has obvious benefits – for caviar companies like Breviro especially, since the caviar yield from a sturgeon is roughly 10% of its total body weight. The larger the fish, the more caviar it will yield. Oxygen infusion could also speed up the maturing process for fish, meaning products like caviar could be harvested faster. With these benefits, Glassford notes, producers can increase growth rates at the right times so their wares are ready for market at the right time.