Contrary to what the name may lead you to believe, there are no secret rituals or sacrifices involved in joining Real Oyster Cult.

“Our hashtag and tagline - #jointhecult – is all about joining, having fun, and is wink, wink, get in on the party,” says Sims McCormick, the creative force behind Real Oyster Cult’s unique marketing. “We’re a cult of oyster lovers, life lovers. Let’s celebrate.”

McCormick’s husband Rob Knecht spent most of his working life on the water, running a maritime school, and working as a sailing coach. When the couple launched the oyster farm in 2006, Knecht also worked with a technology company. At that company, it was interactions with technologists, developers and designers that sparked the idea to build a company that used technology to get oysters directly to consumers, shipped overnight.

“We leverage our mobile app and our website to get in front of consumers online that want to source oysters from all over North America, and we make that happen for them,” says Knecht. “Our front-end technology really gives you access to the farmers, their story, and deeper dives if you’re really into flavour profiles, and details of the oyster and where they’re grown.”

Real Oyster Cult sells product from over 70 farms (including their own), rotating which farms are featured on a weekly basis. Some products will stay longer based on demand, but they make efforts to highlight a new farmer at least once a week through their newsletter and their platform.

Solving the technological and logistic challenges with this model is what Knecht calls their ”secret sauce.”

“We’ve solved some of those issues with technology,” says Knecht. “We not only have our front end technology, but our backend tech helps smooth that process out. Some of them are custom and proprietary, and others are technologies that you can get; whether it’s Slack technology [a cloud-based suite of collaboration tools] or another third party that we implement into our system.”

While Real Oyster Cult has sold oysters to chefs on a limited level, the majority of the clientele is B2C — end consumers who love oyster lovers and adventurous foodies. Knecht says they are riding the wave of Plated, Blue Apron and other ready-to-cook meal kits, which opened a window into people’s buying habits. They have shipped to all 48 continental states and their most popular markets currently include Texas, Ohio, Illinois, Florida, Colorado and Pennsylvania.

However, freshness is important, particularly as it comes to shellfish. As always, Real Oyster Cult answers the challenge with technology.

“We use a little gel temp sensor in our package, which provides a level of security on temperature so that the consumer knows that they’ve stayed under about 50 degrees for the whole trip to their door,” says Knecht.

While the business certainly sees booms around holidays, where customers may want oysters for celebrations and events, they also have a monthly cult membership which sends 20, 40 or 60 oysters every month. The cult membership features oysters hand curated by Knecht and McCormick.

“We’re picking some very special oysters based on what’s highly in season and what’s tasting phenomenally,” says Knecht. “They’re going to be at their peak flavours and they’re going to be the best of the best. And we also try to pick what’s not readily available everywhere, oysters you may not find at any restaurant — ones that are only locally sourced, for instance. We like to give our cult members something special.”

The cult theme may be whimsical, but it also refers to a real community and culture which McCormick and Knecht attempt to cultivate. They interact directly with their customers through a variety of platforms. McCormick notes that their Facebook page is currently blowing up with excitement over Glacier Point oysters from Halibut Cove, Alaska.

“They obviously have a really nice community of supporters around them that were able to share the story and comment on it,” says McCormick. “The oysters are truly glacier-fed. Theirs is a great story – husband and wife team, raising oysters, mussels and kids in remote Alaska. We got a chance to tell their story across our platform and on social media last week and the response was tremendous. That’s really what we’re all about, trying to spread the love – give our customers direct access to the farmers and regions that grow oysters and giving the farmers a platform to shine.”

In November, Real Oyster Cult were one of the eight finalists awarded a cash prize at Fish 2.0’s 2017 Innovation Forum. Fish 2.0’s release says the winners were selected for ”simplifying supply chains while increasing income for fishers and farmers, bringing to market creative approaches to aquaculture production and traceability, and getting consumers excited about seafood.”

“We had a great experience there, met a lot of great people,” says Knecht. “Getting to meet folks and hearing about their challenges and different things they were working through at start-up. It was very refreshing. We still keep in touch with the folks that we’ve met through that. Trying to help each other out and network, even on a global scale, is what’s neat about the program, for sure.”

Looking forward, they hope that the networking opportunities that Fish 2.0 offers will help them as they develop their next steps forward – expanding into international markets, and, domestically, moving into a direct chef/pop-up model. But in the meantime, they are happy to grow their cult.

“We’ve had such a great response from people who said, ‘I never would have gotten any kind of live seafood shipped to my door. And I’ve never shucked an oyster before, but I did this, and I watched your video on how to shuck, and taught my daughter and had an amazing experience,’” says McCormick. “That is just so much fun for us. We converted them.” 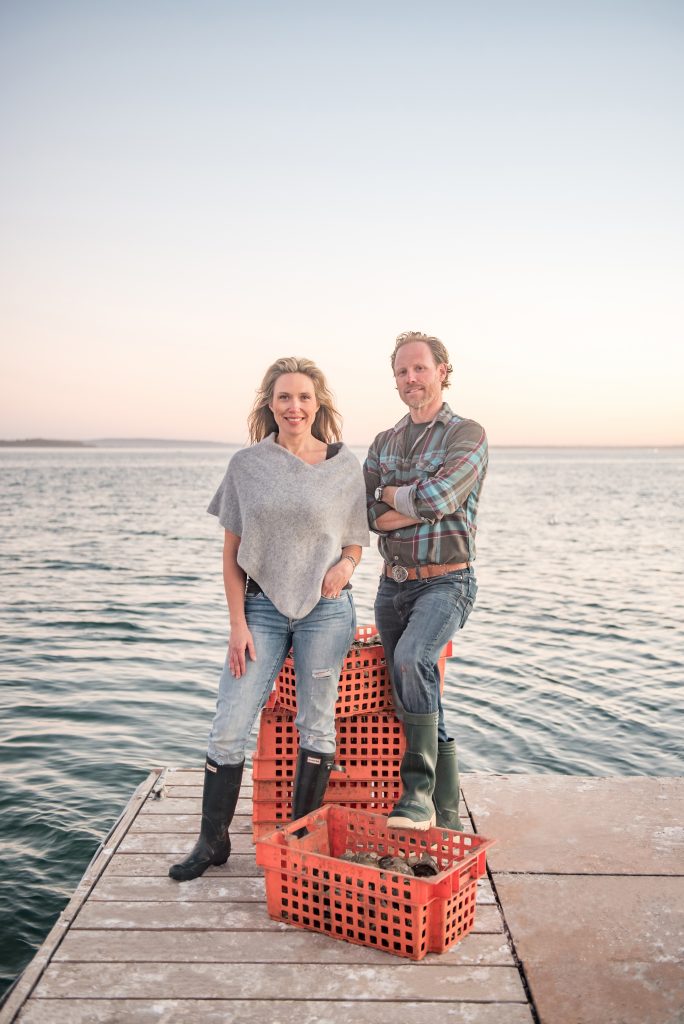