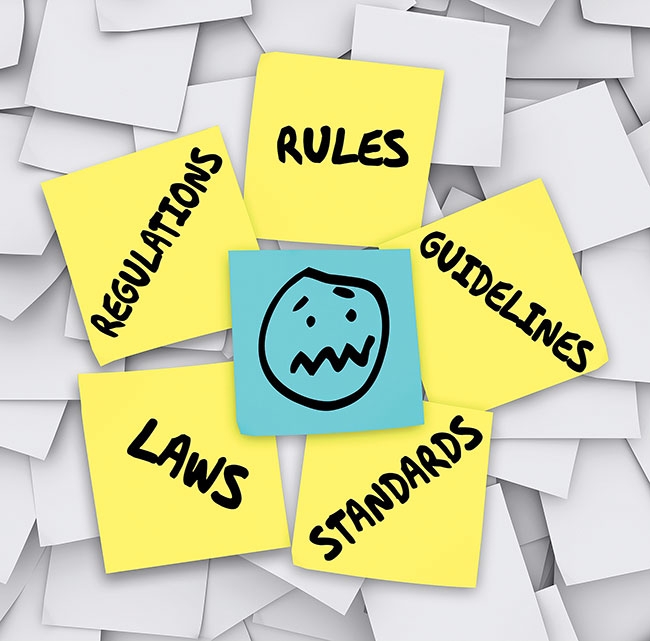 Aquaculture regulations have a long history of controversy.

Aquaculture regulations have a long history of controversy.  Several years ago, I wrote a two-part article dealing with chaotic conditions created by many regulations pertaining to fish farming.  In that piece, I acknowledged that regulations are necessary in our modern world.  They are essential when people refuse to recognize the rights and welfare of others.

They are essential to protect the environment, wild fish populations, and public health.  That acceptance does not mean, however, that 50 to 70 separate State and Federal regulations on fish farming are needed to maintain the “common good.” Depending on which State and which species are involved, American fish farmers are faced with the nearly impossible task of complying with every regulation promulgated by governments all the way from local to federal.

And while they are as necessary now as 10 years ago when I first wrote about the topic, questions remain as to what needs to be regulated, how many regulations are needed to accomplish appropriate objectives, and whether every perceived “risk” warrants a regulation. I am saying “objectives,” not “goals” because objectives are specific, measurable, and time-limited, while goals are general, broad, and not limited in time.  Well-designed, timely evaluations can determine whether or not objectives are met. On the other hand, determining whether goals have been attained is not as clear-cut; discernment often rests in the “eye of the beholder.”  The adage: “Good regulations apply to someone else; bad regulations apply to me,” is spot-on in expressing the subjective nature of evaluating whether goals were achieved.

I will argue that regulations without specific measurable objectives are ill-conceived. A former colleague’s statement provides an example of the mindset of activists opposed to “all things not natural” (which includes fish farming): “We just have to regulate those damn fish farmers out of business!” he once told me. He walked away before I could respond.  At the time, I was the National Aquaculture Coordinator for the US Department of the Interior (DOI) and part of my job was to support and “help aquaculture grow.”  I interpreted that goal to mean fish farming was understood by DOI officials to be good as long as it was conducted in such ways as to not harm our Nation’s species and ecosystems—entities whose survival and welfare are responsibilities of DOI.  Regulations designed to force any legitimate enterprise (be it individual, small business, or corporate) to collapse are not a responsibility of DOI and can be classified as “bad.”

In recent months American fish farmers and organizations representing them have spoken out repeatedly about the cost of regulations, mainly the cost of compliance for individual farmers.  Several peer-reviewed articles by Dr Carole Engle and associates have identified costs, primarily related to environmental protection rules and fish health issues that cost individual farms thousands of dollars annually.  In some cases the costs were estimated to exceed $1,000 per acre.  These numbers were based on rigorously designed surveys and interviews with hundreds of fish farmers.  Costs of compliance included such things as modifications to facilities, salaries and wages for additional workers, additional equipment and supplies, and lost sales opportunities.  Although the surveys were produced and administered by experienced survey designers and subjected to rigorous statistical analyses, it must be acknowledged that estimates and summary estimates were involved. Despite potential for error, critics, including me, must remember that these articles were peer-reviewed by professional specialists.

Controversy over regulations has intensified in recent years.  The situations related to these controversies include far more than fish farming, but generally share real and/or perceived effects on someone’s bottom line.  Among President Donald Trump’s many campaign promises were the elimination of regulations that are perceived to affect the operating costs of businesses—from giant corporations to family farms.  Anti-regulation rhetoric appears to the opposite of a former colleague’s sentiment that all aquaculture is bad.  Apparently, in the minds of those supporting totally unfettered, free-market capitalism, regulations are socialistic-communistic efforts to impose inefficiency and strangle efficient production and free markets.  The concept of regulations supporting the “common good” by preventing consumer fraud, environmental pollution, and public health disasters is totally foreign to anti-regulation advocates.

Regulations, at their core, address perceived risks.  In the case of aquaculture, regulators need to evaluate fish farming’s risks to the environment, to other aquatic animals and plants, and to public health and safety. Then they need to weigh those risks against the perceived benefits of the regulations.  Will the regulations accomplish the objectives identified? Or will they merely increase the costs of producing fish and prevent the farmer from competing against the products of farmers in other areas of the world with unregulated industries?

I suggest at least two steps to resolving the issues facing American fish farmers: Face-to-face dialogue between the farmers and regulators; and stronger import regulations supported by vigorous inspection programs on products produced in foreign nations. These steps should lead to accepting regulations that are perceived as “fair.” Fair to everyone involved.