The mayor and the monger 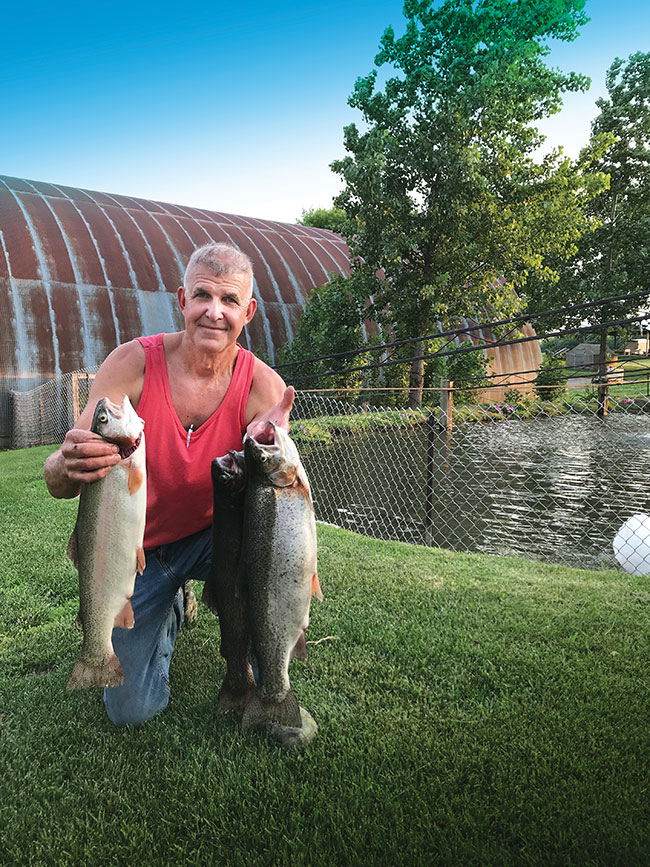 A lifetime resident of Columbus, MN, trout farmer Jesse Preiner became the mayor of the city in 2018. Photos: Jesse Preiner

Fish farming is in Jesse Preiner’s blood. Between working at his father’s farm and his own business, called The Trout Monger, he has a lifetime of experience. For more than 20 years now, Preiner has been a fixture at the Minneapolis Farmers Market, where he sells fresh and smoked trout he raised at his small, solar-powered trout farm.

In 2018, the farmer has taken on a new role as the mayor of his hometown of Columbus, Minnesota, a small city with a population of just over 4,000.

In the late 1960s, his father started raising minnows for bait, and eventually transitioned to using those minnows to feed farmed trout. Preiner watched as the family farm evolved over time, including establishing a restaurant, Trout Haus in 1974.

“In those days, you just learned as you went,” said Preiner. “We increased our production and we learned from our mistakes and eventually had a very nice business built up.”

After his father’s death in the late 1990s, his family sold the property and Preiner would establish The Trout Monger on a 60-acre lot only a couple of miles away. The farm features five man-made trout ponds, with solar energy supplementing the power required for water pumping and other purposes.

“That reduces my carbon footprint,” said Preiner. “In the summertime, in long days of great sunshine, it really does produce a lot of power.”

Much of Preiner’s business revolves around the local farmers market. Preiner spends his Thursdays smoking trout and his Fridays cleaning the fresh fish so that they’ll all be ready for sale at the market on Saturday mornings.

The Trout Monger weathered the storm of the COVID-19 pandemic fairly well; while sales to restaurants dried up, the farm’s direct sales skyrocketed.

“Everybody who couldn’t go to a restaurant learned to go shopping for good food,” said Preiner. “We were sort of the original Farm to Table 40 years ago and now it’s really catching on. That part has been busier and I think it compensated for the decline in restaurant sales. We’ve seen very strong sales over the past two years.”

Preiner said he has not seen a “giant revolution” of consumers looking for fresh seafood in Minnesota. Instead, he and other producers are changing minds one sale at a time. 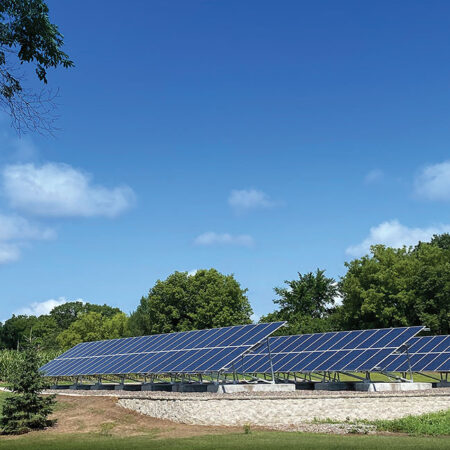 Solar panels on site at Trout Monger provide power for water pumps and other equipment and help reduce the farm’s carbon footprint.

Answering the call
Preiner’s entry into local politics was not something he had planned; rather, it something that was thrust upon him. As someone who’s family has lived in the area since the late 1800s, he said he felt compelled to answer that call.

“About five or six years ago, the last mayor and city council decided to change some zoning regulations and brought in an asphalt plant right at the entrance to our city. Of course, it has the potential for water pollution, air pollution, dump trucks running up and down the streets like crazy and they pay very, very little property taxes to the city, county or state. Against the wishes of the majority of our residents, they jammed that baby through.” he said.

Preiner was a member of the city’s Planning and Zoning Commission at that time. Residents asked him if he would run for mayor. He was elected in 2018 and, while the asphalt plant was already established by that point, he said he did his best to represent the desires and needs of his community.

“Once something is built, that’ll last for 75 more years. We’ve all long been gone and this guy would still have his asphalt plant there and still be doing what it does. One has to consider the long-term effects. People were just crestfallen about its approval.”

Asked about how his work in aquaculture informs his decisions as mayor, Preiner notes being a farmer has prepared him for the role.

“Farming is taking care of things – checking for this, watching for that. It’s a caregiver role. And I think being a good mayor is part of that reflex. Being a farming has helped me with my roles here at city hall. You listen, you watch, you think and you come to conclusions that are the best for the situation. In the farm, if the tank is full, and you have to take the trout out and clean it. If you wait another week, it might be too late. Same thing with the city stuff.”