Farmed salmon is by far the most important finfish species grown in Canadian aquaculture, accounting for about 90 percent of volume and value of total finfish produced. 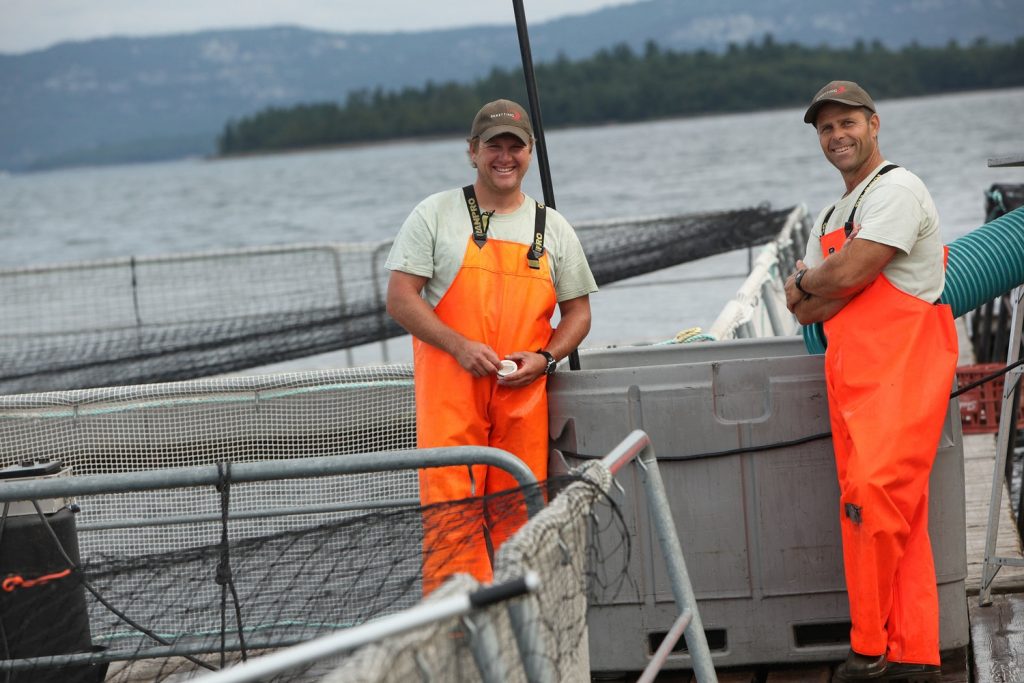 There is a strong need to modernize the legal framework for the entire industry, says Tim Kennedy, executive director of the Canadian Aquaculture Industry Alliance (CAIA). He describes it as currently operating within a “web of complicated rules and regulations” that restrict growth, limit investment and frustrate the integration of already-existing and emerging sustainable practices and innovations.

“Our industry has been subjected to provisions under the Fisheries Act and its regulations that were designed for managing the wild fishery and are completely inappropriate for governing aquaculture in the twenty-first century. Canada is the only major farmed seafood producing jurisdiction without modern national legislation designed to govern and enable its aquaculture industry,” he says.

Many external experts and internal advisors to government have recommended a federal Aquaculture Act, which Kennedy says would accomplish a wide range of necessities. These include increasing legislative and regulatory coherence, creating a more effective framework for managing risks, enabling more efficient and effective regulations, reducing undue compliance costs, and providing a vision for development that will stimulate economic growth, investment and jobs.

In addition, Kennedy says aquaculture needs a federal champion to increase investment certainty and to stimulate innovation and growth. On the topic of growth, he believes strongly that Canada needs to set growth targets for aquaculture and salmon, as other major competitor nations have already done. He points to Norway for example, which has a population of 5.2 million and many years ago set its sights on being the most sustainable and innovative producer of Atlantic salmon in the world. “Currently, the country produces approximately 10 times what Canada produces,” he reports, “even though Canada’s viable marine area is almost three times larger.”

Canadian salmon farmers also need better access to fish health products, and urgently need improved access to new in-feed therapeutants and feed ingredients. Access to new production sites is also required, in Kennedy’s view, because timely access to these sites has reduced the confidence of the investment community. This is mainly due, he says, to overly burdensome data and information requirements, a review process that includes multiple government departments and agencies, and a loose and inconsistent framework of guiding principles and decision-support tools. It’s also due to the requirement to conduct the type of public consultations which generally draw those strongly opposed to development in the aquatic zone, and the need for “work-safe zones” around marine farms to ensure worker safety.
Advertisement

In terms of current salmon industry trends, Kennedy says health issues continue to be a major driver in innovation. “As with the rest of the world, we are seeing greater use of new non-medicinal sea lice treatments, such as the thermolicer technologies,” he reports. “With all the work going on around the world on closed containment and semi-closed containment – in particular in Norway – there is no question the Canadian government is interested in seeing how we can bring some of that here. There may be more clarity on that in 2019.”

Kennedy believes that next year and beyond, there will be “great new opportunities” in Newfoundland & Labrador for salmon, where the provincial government has committed to double growth by 2025. He also predicts some growth in other provinces.

For its part, the CAIA is very focused on seeing the federal government introduce Canada’s first Aquaculture Act. In addition to that, industry growth targets and much more general government support, Kennedy adds that “we also believe that it’s important for our farming sector to be able to access farm support programs offered to the broader farming community in Canada.”

As he has stated in many forums, Kennedy believes Canada has the greatest bio-physical capacity in the world for aquaculture development, but “we really need to focus our energy in this country, and need leadership and vision from our federal government.” Whether we will see that in 2019 and beyond remains to be seen.