The prudent path to success 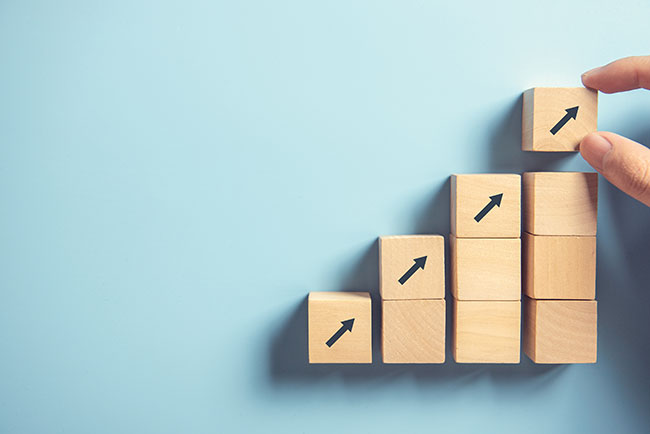 One of the pioneers of recirculating aquaculture systems (RAS) in raising salmon growouts in British Columbia discusses why small is beautiful when it comes to the use of this technology. A self-described ‘outlier’ in his views about RAS, Steve Atkinson of Taste of BC Aquafarms looks back at the time when RAS emerged in the local scene and discusses why most of his fellow early adopters failed. Photo: ©oatawa/Adobe Stock

RAS technology for salmon growouts is undoubtedly a hot topic these days. Almost every week another pronouncement of a proposed project hits the newswire. According to one source, 73 companies are now in some stage of building salmon RAS.

Taste of BC Aquafarms, they state, is the “latest to the party.” They fail to realize that we are one of the early entrants into the space. In fact, in North America, we are the oldest continuously operated salmon RAS and one of the very few actually producing fish! I am confident to say that we are the only salmon RAS in the world that has production levels anywhere close to their stated targets. I have been at the table since some of the earliest discussions on the subject and been part of the ground laying for the new industry.

However, I have been a bit of an outlier in my perspective and my proposed route to establishing this industry. Early on, most of the players were heavily influenced by NGOs with a stated mandate to displace net cage salmon farms.

This fact greatly influenced the discussion and largely set the course regarding size and scope of development proposals. My perspective was quite different. I am not an opponent of net cage salmon farming. From my point of view, the development of salmon RAS is not necessarily tied to the fate of the current industry.

I see the development of a new industry that can exist with or without net cage salmon production. Taking that perspective, I have looked at how new industries start, not just in aquaculture but industry in general. This is how I chose the scale that I would target: I looked at the current salmon aquaculture industry, which developed in my adulthood.

What I saw was that the industry started with a lot of “small” farms owned and operated by entrepreneurs. A typical salmon farm in the 1980s had an annual production of about 100 tons. Most failed and a few succeeded. Those that were successful grew and absorbed the failures. This was not surprising as farming salmon was a whole new game. The reason why few companies dominate that sector now is that so many companies went broke owing money to the feed companies. Those feed companies inherited the bankrupt farms. But this not a history lesson in the salmon industry, so I will move on.

I believe that a salmon RAS industry can and will be built in an organic fashion as the net cage industry did. I took further clues from terrestrial agriculture and developed a plan that is now being set in place.  I believe size does matter; I also believe that proven repeatable results and standardization is the most likely path to success for this industry.

I looked at chicken farms and found out that almost all chicken farms were similar. Though some were small and some much larger, they shared similar-sized barns. They know what to expect from production. Whether they chose to build a few or many barns, they can expect essentially the same results. What we have developed is precisely that for the salmon RAS sector. And I believe this is a prudent path to success.

I can’t count how many times it has been said in a conference, workshop or scientific forum that what this industry needs is a success story. Failures have been many. Hundreds of millions have been spent. But like an ad in the 80s once asked, I ask: Where’s the beef?  Or, make that: Where’s the salmon?  I have sat in conferences over and over where presenters have stated they have solved the problems and now have the solution to growing salmon on land, only to find them gone by the next conference.

There are many grand projections of huge scale Salmon RAS. Today, not one has a proven production system on which they base their projections. The probability of success has been peddled through press releases. I have seen the probability of success for one project rise from 25-30 per cent to 40 per cent and, just recently, to 60 per cent. And yet that operator has produced only 1.66 percent of their targeted annual production!

The referenced “leader” has continually had to shift expectations and explain away the fact that they have not met production expectations. Every one of the mega farm proposals feature unique engineered systems. Each one of them new and untested. Maybe one or two of those will ultimately be successful.

I do know that success will not come quickly. There is much to prove. I have been down the road and have reached the point where we thought we had things figured out – only for another curve ball to come our way. Whether an operation is big or small, achieving scientific progress is a challenge.  This is the current state of salmon RAS today; it is still largely a science project.

A decade after first stepping on the road to salmon RAS, I am more convinced than ever that the success of this industry is hinged on the success of small- to medium-sized operations. We intend to lead the way and we will base our decisions on a proven module.

Steve Atkinson is the president of Taste of BC Aquafarms in Nanaimo BC.  Steve set out to develop a small to medium scale model RAS farm in 2012.  The farm has now produced over 750,000 lbs of salmon.  Taste of BC has recently signed a term sheet proposing to merge with Blue Star Foods Ltd. of Miami Florida (see page 6). Steve describes himself as a chef by trade, a preacher by profession and a fish farmer by default.  He regularly presents at trade conferences relating to the farming of salmon on land.