The sad truth about taxpayer-funded projects

Ten years spent as a Washington, DC bureaucrat has confirmed with this columnist the bitter reality behind the approval and funding of projects of ‘questionable value’ 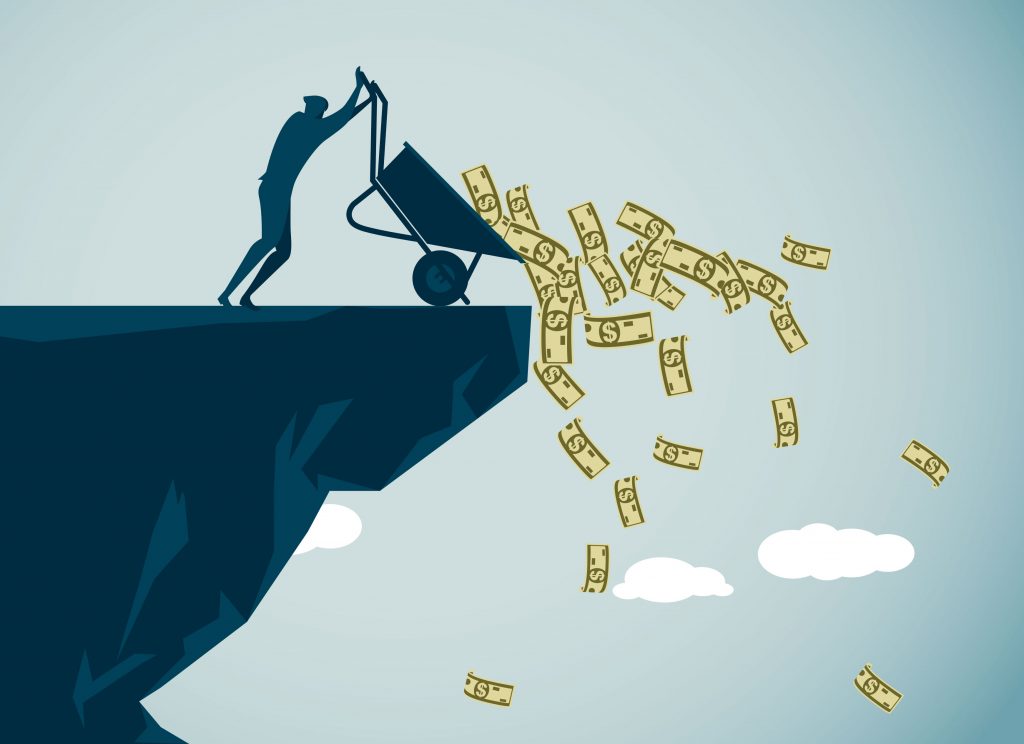 Small libraries could be filled by slippery reports filled with improbable assumptions that were used to justify expenditures of taxpayer money on questionable projects. Photo: Getty Images

Last summer, Dr. Brad Hicks wrote a column in Aquaculture North America (ANA) in which he opposed investing taxpayers’ money in fantasies. He went on to warn that just because one wants something to happen, that doesn’t mean it will happen or even should happen. The object of Dr Hicks’ column was the proposed development of a 50,000-tonne Atlantic salmon recirculating aquaculture system (RAS) facility on northern Vancouver Island. He found a lot of questionable data and wishful thinking in the economic “justifications” used to promote the project, and questioned the wisdom of using taxpayers’ money in funding such fantasies.

In the big picture of taxpayer-funded boondoggles, the RAS facility on Vancouver Island seems almost miniscule in comparison to Olympic stadiums and airport facilities elsewhere in Canada and many locations around the world. Nevertheless, the relatively small size of the project and the fact that “everyone is doing ‘stuff’ like this” are acceptable reasons for turning a blind eye and nodding approval for wasting hard-earned dollars.

Readers interested in learning more about the billions of dollars spent on sports- and transportation-related facilities that now are idle and decaying should do an online search for “Billion-dollar wastes of money from around the world.” Many of the projects identified in the report were funded with taxpayer monies. None of the projects described in the report were aquaculture related, but Brad’s point that real, evidence-based justifications should be required before our hard-earned dollars are wasted is reasonable, and supported, judging from readers’ feedback to the piece.

Small libraries could be filled by slippery reports filled with improbable assumptions that were used to justify expenditures of taxpayer money on questionable projects. Projects related to fish farming occasionally make it onto these pork barrel lists, but never make it to the top of these lists. A former colleague of mine who had been a very high ranking official in the US Defense Department told me that he estimated two of every three dollars spent on Defense contracts and procurements were wasted, because of “political maneuvering.” Perhaps fish farming does not hold a high place on the list of wasted government funds because the amounts of potentially wasted funds tend to be relatively small.

The 10 years I spent in Washington, DC with the US Department of the Interior (Fish and Wildlife Service) gave me some insights as to how and why projects of questionable value are approved and funded. The fundamental principle is connections: Who is connected to whom? The details vary from project to project, but the general pattern is pretty much the same. Members of Congress may have pet projects of personal interest to them, but more frequently they are doing a favor that will benefit one or more of their prominent supporter, or even a childhood friend.

Water projects, such as small dams, flood control, fish hatcheries, and research centers were the most common projects that crossed my desk during my time in DC. How do these “back home” projects obtain funding? A senior Member of Congress generally has enough connections with other representatives and/or senators to gain approval for projects in his/her State that carried “modest” price tags under $20 million. The projects may or may not be considered worthwhile by professional specialists, or even constituents back home.

Readers might ask, “Do resource scientists working in the Federal agencies have any input on priorities in general, or in evaluating specific projects promoted by a member of Congress?” The answer is: “Sometimes.” Much depends on the specific characteristics of the project and personal connections both within the agency and within Congress. As vice-chair of the Joint Subcommittee on Aquaculture, I became aware of many project proposals in other departments and agencies, in addition to the Department of the Interior. Standard practice for career scientists in position is to inform the organizational hierarchy about the proposal, then wait for their decision as to whether to support the project or oppose it.

But, what if those higher ups have no experience or expertise related to the project; or worse, were part of the nefarious scheme? Did I always defer to those above me in the organization? No, I felt, and still do, that my professional expertise was of more value to American taxpayers than the political connections of my bosses. I tried to give my supervisors opportunities to get credit for good decisions but I placed higher value on serving our nation’s natural resources and the tax-paying citizens of our nation.

Mechanisms exist for appropriate evaluation of proposed initiatives and projects by obtaining input from producer organizations (e.g. aquaculture associations), research experts, and government scientists. Their evaluations should be forwarded through the system to those controlling appropriations who can then decide whether or not the political and personal considerations match expert opinions, or outweigh them. Connections in high places may outweigh expertise when dealing with government funding. It’s up to skeptics, such as Dr Hicks, to shine the light of day on questionable data and shady dealings.