The search for RAS-friendly fish feed 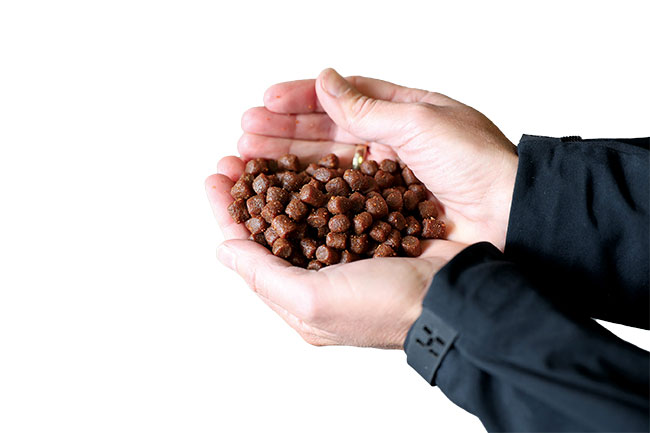 After years of working as a fish health manager, Sasha Dyer no longer minds when the occasional hungry barramundi tries to snap a bite at her as she checks them out in their recirculating aquaculture system (RAS) habitat. Her mind is preoccupied with the quality of feed and their feed intake. Her unwavering focus is understandable.

“The Achilles heel of aquaculture is the feed,” Bill Martin, founder and president of land-based tilapia producer Blue Ridge Aquaculture in Virginia, once told this publication.  “We pay twice for our feed in recirculating aquaculture: once when you put it in the tank, and again when you take it out, which is as expensive as when you put it in.”

Dyer, of Great Falls Aquaculture in Thunder Falls, Massachusetts, says finding a consistent supply of high-quality fish feed is critical, no matter the species being raised. Having the necessary nutrients for fish health and growth is a given, but feeding fish in RAS environments has its own peculiarities.

For instance, while high feeding rates may result in growth, they can also result in higher fecal discharge – a bad thing in aquaculture generally, but especially bad in closed containment aquaculture.

It’s essential that CO2 and ammonium are kept at acceptable levels, she says. “High CO2 levels slow down the metabolism of fish. Feces can literally rot inside them and this slowly kills them.”

Filtration systems are critical to RAS environments because they keep the water in the tanks clean and properly oxygenated and filter out the substances such as CO2 and ammonium, according to Pekka Marttinen entrepreneur and consultant at RAS-Consulting.

Apart from providing the specie-appropriate protein levels, amino acid, fatty acids and energy levels, RAS feed needs to have physical integrity because feed pellets that crumble tend to foul up the filtration system.

“High levels of solids in the water can block mechanical filters,” says Marttinen. “When this happens, biofilters will eventually become compromised.”

Besides, the so-called feed dust from these pellets is not consumed by the fish, but it can get stuck in their gills and cause irritations. 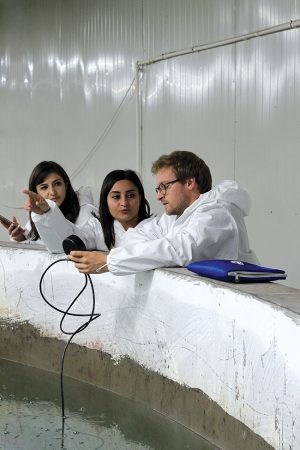 Feeding the fish and the RAS system
The modern RAS technology has been in use for more than 40 years now, but the challenges mentioned by Dyer and Marttinen remain.

“Feed is the common denominator for RAS operation efficiency KPIs (key performance indicators),” notes Saravanan Subramanian, global product manager for Skretting. “In RAS, you are not only feeding the fish but the system as well.”

He says the quantity and quality of the feed influences almost all operational aspects in RAS.

“The biofilter is really the heart of the RAS entity and it needs to be fed continuously with the right amount of ammonium to break down nitrite, which then has to be broken down to nitrate,” he adds.

Ammonium is a waste product expelled by fish. In the water, ammonium turns into ammonia, which is toxic to fish. Biofilters contain bacteria than break down ammonia into nitrite. Nitrite is further broken down into nitrate which is less toxic to fish.

As RAS technology developed over the years, the feed industry also evolved to develop feeds that are easily digestible, result in less feces or feces that are easily filtered out of the system, Meersman explains.

“The choice of raw materials, feed additives used and also the specific ratios of raw materials used in RAS feeds have been investigated thoroughly and optimized in recent years,” he says.

At Skretting, a range of RAS feed, called “RC” was developed to lessen the impact of indirect waste in RAS operations by improving faecal stability. RCX, the next generation of the RC range, takes the physical quality of the feed a step further by making sure Skretting’s global network of feed manufacturing facilities follow the strict quality parameters developed by the company in Stavanger, Norway. Skretting’s facility in St Andrews, NB, Canada is its first facility to be “RCX-certified.”

Norway-based Atlantic Sapphire, the largest RAS salmon producer worldwide, plans its facility in Miami, Florida to be “fully out of the ocean” in two to three years, meaning that it will be using alternative feeds that are not dependent on fishmeal or fish oil.

Subramanian expects this to become a trend. Skretting is now engaging suppliers of novel ingredients – such as microbial proteins from fermentation technology, algal oils, and insect meals – to help them scale up production.

Last year, Skretting Italy has launched an aquaculture feed product which the company touts as carbon neutral. The company says its Feed4Future product is the first low-impact feed available to fish farmers in Italy. The company uses raw materials and high-quality by-products sourced from the food industry that don’t compete with human consumption. This enables a Feed4Future diet to provide 10-percent lower carbon footprint than standard diets, with the remaining CO2 emissions compensated for by carbon credits.

At Alltech Coppens, life cycle assessments (LCA) are used to gauge feed ingredients’ environmental impact. It also adapts greener production practices, including in the handling of by-products and waste, as well as land use so Alltech meets sustainability requirements and certifications.

The company has cut its FIFO (fish-in-fish-out) factor to a level that is lower that the industry average, says Meersman. The FIFO ratio measures the amount of fish meal and fish oil that is used to produce one weight equivalent of farmed fish back to wild fish weight equivalents. 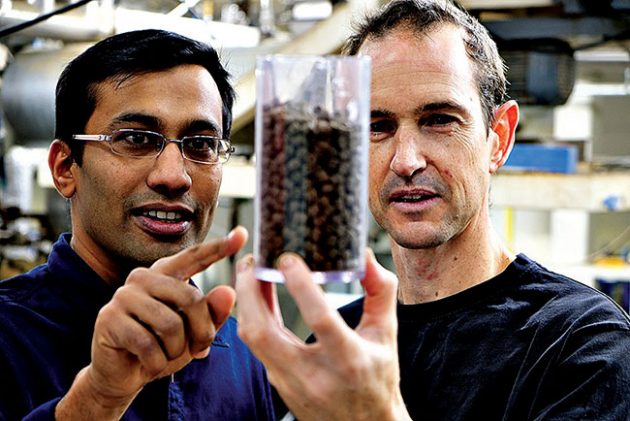 Tomorrow’s fish feed
Meersman expects alternative ingredients devoid of fishmeal and fish oils to expand their share of the feed ingredients market over the next few years.

“Insect meal is one of them, but also bacterial meals (single-cell proteins). Other unexplored leftover streams of established chemical, food, and beer products will be considered to be put into good use instead of being just waste,” he says.

In 2019, two of the world’s leading names in animal nutrition – Cargill and InnovaFeed – signed a landmark deal that confirms insects have become a viable protein source for sustainable fish feed. InnovaFeed, a French biotech company that develops feed ingredients derived from insects, says that by feeding insect meal to animals, each 10,000-ton-production unit saves 25,000 tons of CO2 emissions per year.

Sustainability, however, also comes at a price.

“We can produce the most sustainable products, using local resources and eliminating resources that are under pressure. Eventually, the end consumer still needs to be willing to pay the extra price for sustainability considerations taken during the process of production,” says Meersman.