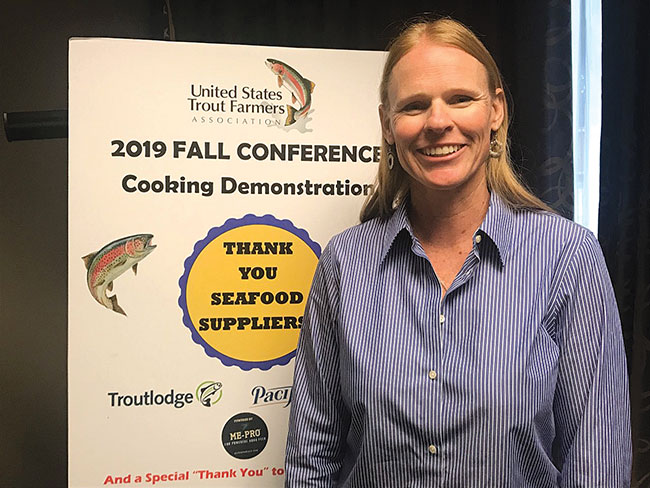 Harris not only took over from her parents in running the farm, Harris appears to have also inherited their leadership acumen. Her father, Phil Mackey, was USTFA president from 1983-1984, and her mother, Mary Mackey, was president from 1988-1989. “I’m pretty sure I am the only USTFA president who can say that both of my parents have been past presidents of this organization. I’ve been around this my whole life, having grown up on a trout farm,” said Harris, who is on her third year as USTFA board member.

“Our goal moving forward is to make sure that we are putting positive things out there, that we are sending the messages out to the people that need to hear our story,” she said.

“We have tremendous potential but we get bogged down by excessive, and costly, regulations. Those things inhibit growth but I also honestly believe that we will persevere and continue to grow as long as we’re willing to stand up and advocate for ourselves.”

Harris succeeds Jeremy Liley, who was association president from 2017-2018.