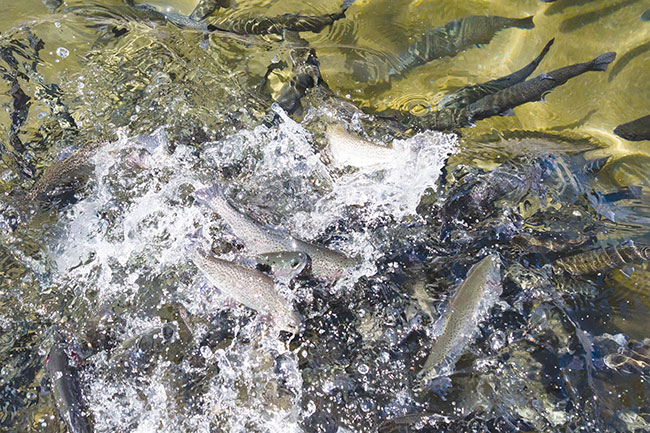 “These findings suggest that EnzoMeal shows promise as an alternative to SBM in rainbow trout diets,” said study team leader Dr Vikas Kumar of the University of Idaho.

SBM is the most commonly used plant protein in aquafeeds due to its high protein content, availability, and competitive price. Its nutritional value, however, is limited by amino acid deficiencies and anti-nutritional factors.

EnzoMeal’s nutritional qualities were enhanced using a bioprocessing technology developed by the Ohio Soybean Council. The patented technology removes non-digestible carbohydrates and increases crude proteins in the soybean meal. This does not compromise the amino acid composition and makes the soybean meal easier for the fish to digest.

The council has licensed the technology to Matrix Sea Foods India Ltd. The company’s goal is to produce 50,000 tons of EnzoMeal annually by 2020.