Tuna farming in US waters moves closer to reality

A tuna hatchery being built in San Diego, California is expected to play a pivotal role in efforts to start tuna farming in the United States or, for that matter, in North America. 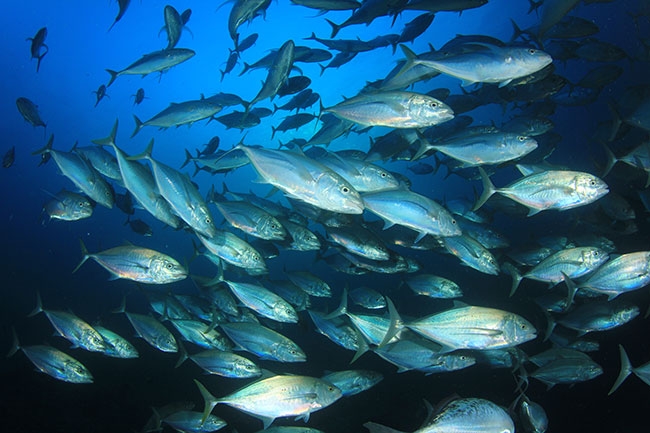 If all go according to plan, the hatchery will see the first cohort of Pacific bluefin tuna spawned in captivity in the US this July, according to Mark Albertson, director, strategic market development, for the Illinois Soybean Association (ISA).

Alejandro Buentello, PhD, president of Ichthus Unlimited LLC of Iowa, leads the hatchery project to cultivate Pacific bluefin tuna eggs, raise them to juvenile fish and distribute them to tuna farms to be raised to market size.  The hatchery is the first of its kind in North America and the third bluefin hatchery in the world.

Tuna “ranching,” where juvenile tuna are taken from the ocean and then fattened in net pens, is the only tuna “farming” being done currently in North America. But the practice is unsustainable. “The tuna ranching industry is constrained by a stringent quota system that limits the amount of wild tuna they can catch to stock in oceanic cages,” says Buentello.

Successful hatching of tuna in captivity will be a big breakthrough in efforts to commercially farm them.

“Bluefin tuna aquaculture represents a major, new high-value market for US farmers, but there is much science to be done to produce the fish entirely under farmed conditions,” says Sally Rockey, executive director of the Foundation for Food and Agriculture Research, which is co-funding the project along with the ISA. “This research has the potential to not only stabilize the wild population, but also create economic opportunities in farming the delicacy,” she added.

Efforts toward commercial-scale tuna farming achieved a milestone earlier with the development of a soy-based feed that can be commercially manufactured.

“The aquaculture industry can use soy-based tuna feed to improve tuna sustainability,” says Scott Gaffner, an ISA director and soybean producer from Greenville, Illinois. “That will significantly reduce the environmental impact of raising tuna and build market demand for soy protein.”